Vienna is one of those wonderful places that should be on everyone’s list. It was the capital of the Habsburg Empire for 600 years. This family was not shy about spending and building. The result is one beautiful city filled with all kinds of masterpieces… artistic, architectural, musical, cultural and culinary. It is regularly ranked in as one of the world’s top contenders for cities with the best quality of life. Life here truly is a ball… there are more than 450 held each year (some are better than others!)

Yesterday a client ask for a few tips. Here are the notes I sent her. There is so much to do in this easy to get around city. Feel free to ask me for my tips on hotels and restaurants if you want to learn more.

Consider the Vienna Pass: It offers fast track entry to tons of top sights and the free downloadable guidebook is packed with ideas

Schmetterlinghaus: The Imperial Butterfly House is home to a tropical rainforest with more than 400 free flying butterflies zooming around the stunning art nouveau building.

Schonbrunn Palace: The 1441 roomed palace was the summer home for the Habsburg’s. Originally a hunting ground the current form dates from the reign of Maria Theresa who received the land as a wedding gift.. nice present. IT is the most popular tourist attraction in Vienna for good reason! The gardens cannot be missed… look for the “roman ruins” which were built in 1778. 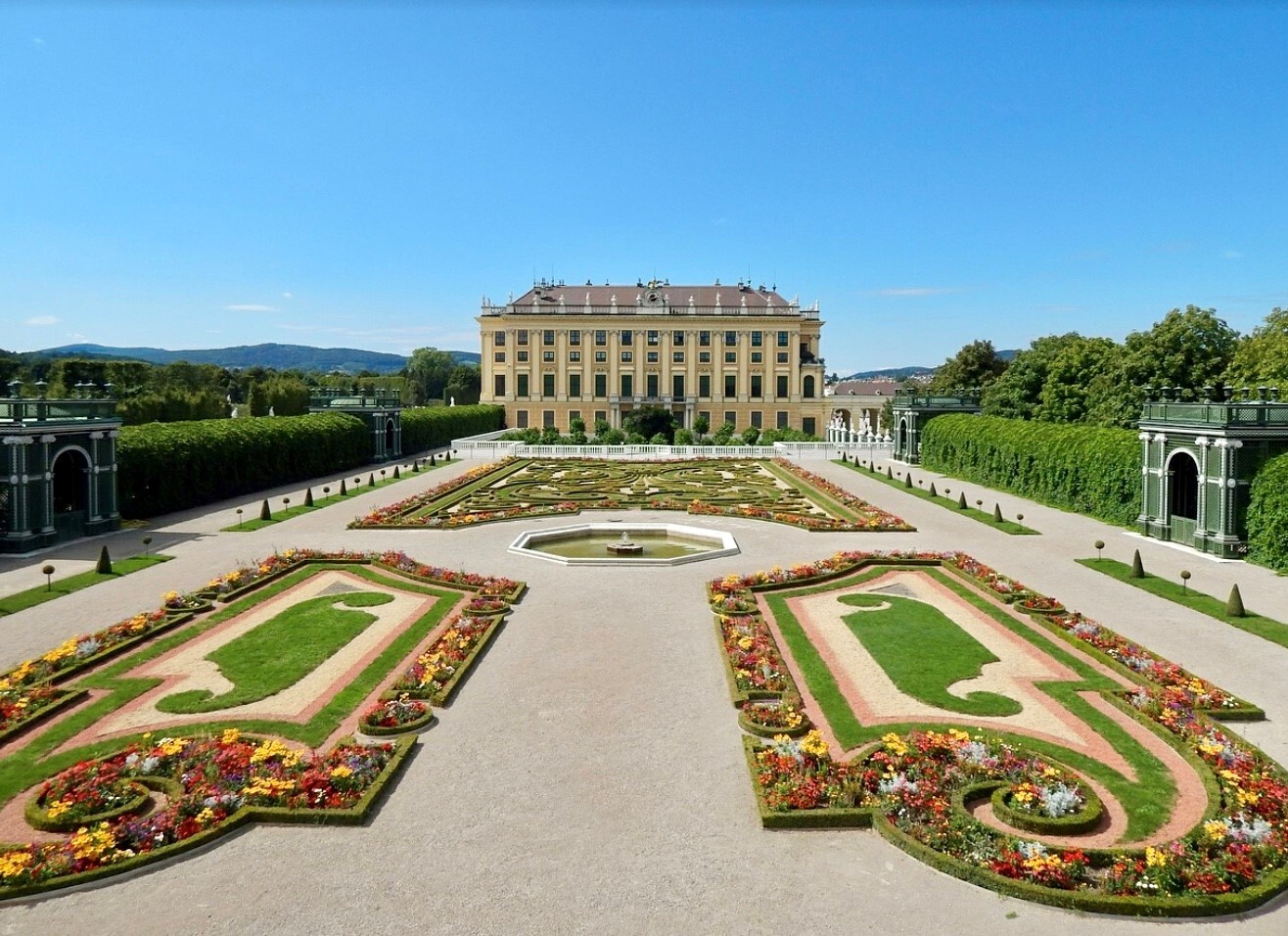 Hoffbourg Palace: The official seat of the government since 1279 to this day, it is where the President’s offices are. It also served as the winter residence of the Habsburg’s. Visitors today can tour the imperial apartments and see the incredible silver collection.

St Steven’s Cathedral (Stephansdom): most important church in Vienna, it was built in the Romanesque and Gothic style over hundreds of years. In 2000 graves were discovered under the church which date back to Roman times. The double headed eagle on the steep roof is a symbol of the Hapsburg Dynasty. It was here that Beethoven discovered he was deaf when he saw the birds flying away and realized he had not heard the 23 bells. The beard on the Christ figure in the Chapel of the Cross is made of real hair. Guided tours of the crypt beneath the church are a must do… 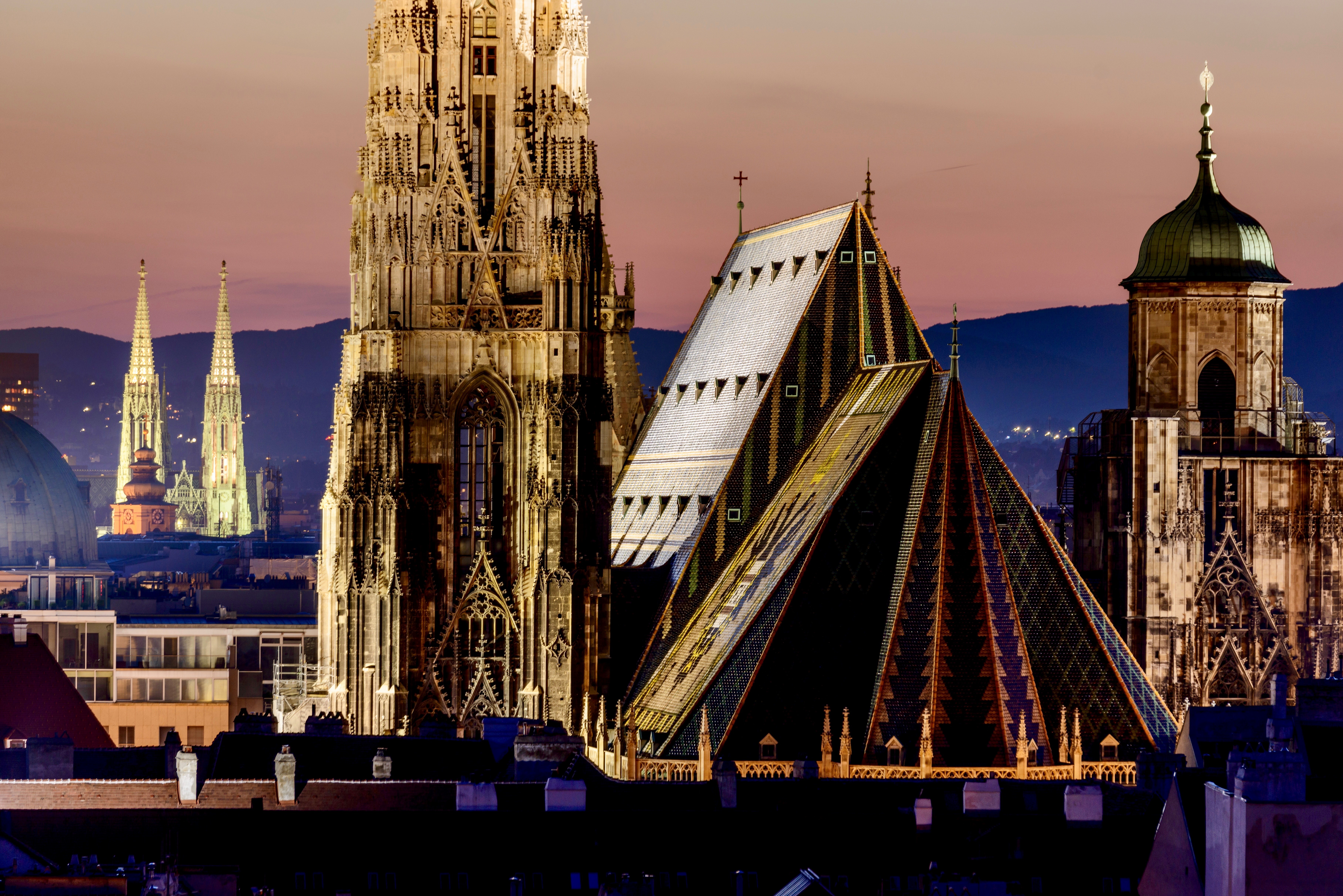 The Opera: When it was built in 1869 people complained it just wasn’t grand enough. Hard to believe today. The stunning building is the perfect place to see a performance. The company produces 50-60 operas each year, sometimes a different one each day of the week. Try getting a standing room only ticket… they go on sale 80 minutes before a performance. The section is filled with die-hard fans who loudly show their appreciation or displeasure of what is happening on the stage. Informal fun!! 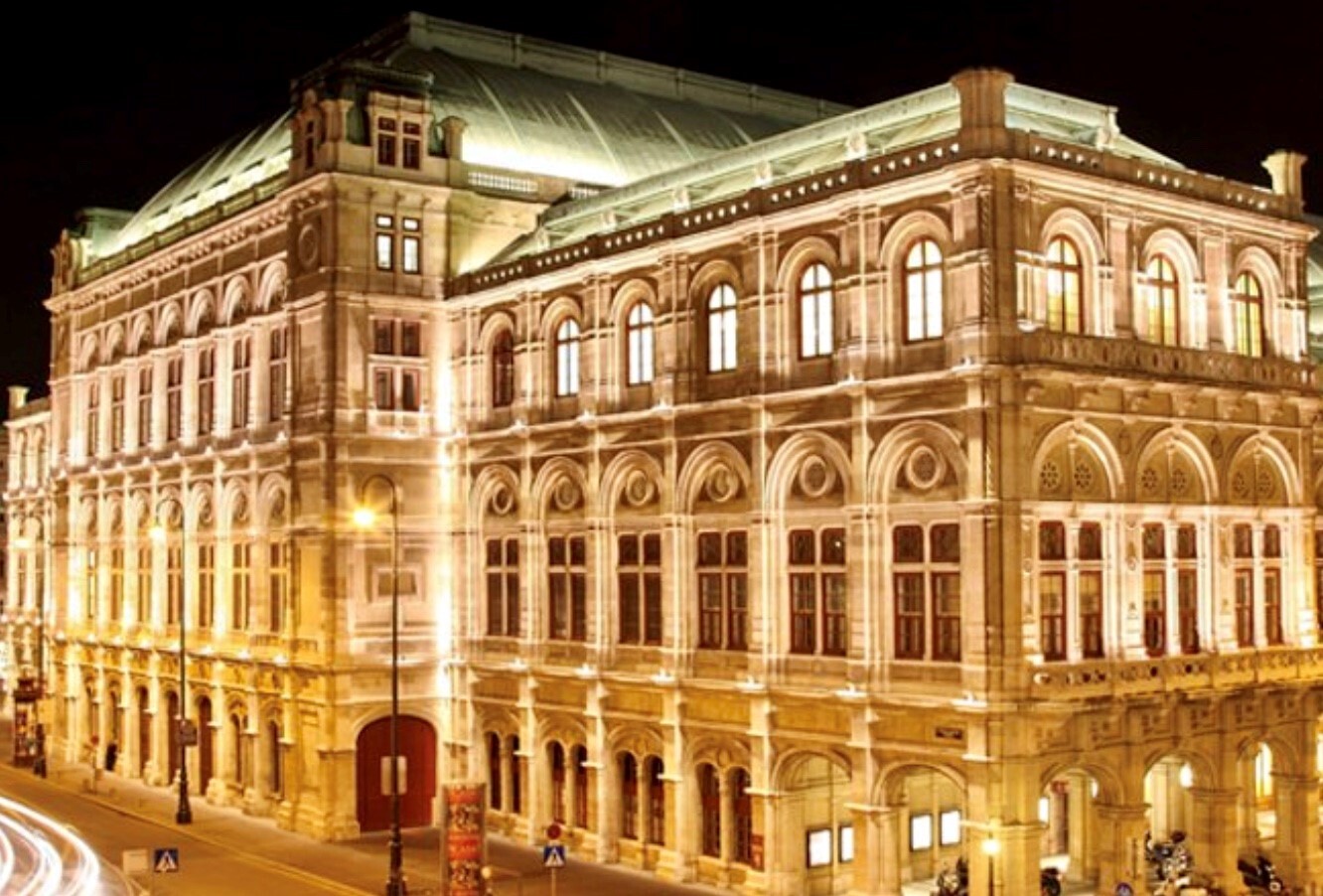 Prater Amusement Park (Wurstelprater): This wonderfulold amusement park was opened to the pubic in 1766 by Joseph II. It is filled with rides, games, stalls, restaurants and the famous Wiener Riesenrad Ferris Wheel. Built in 1897, it was the world tallest Ferris wheel from 1920-1985… long story. There is no entrance fee to the park, instead you pay by the ride or activity. 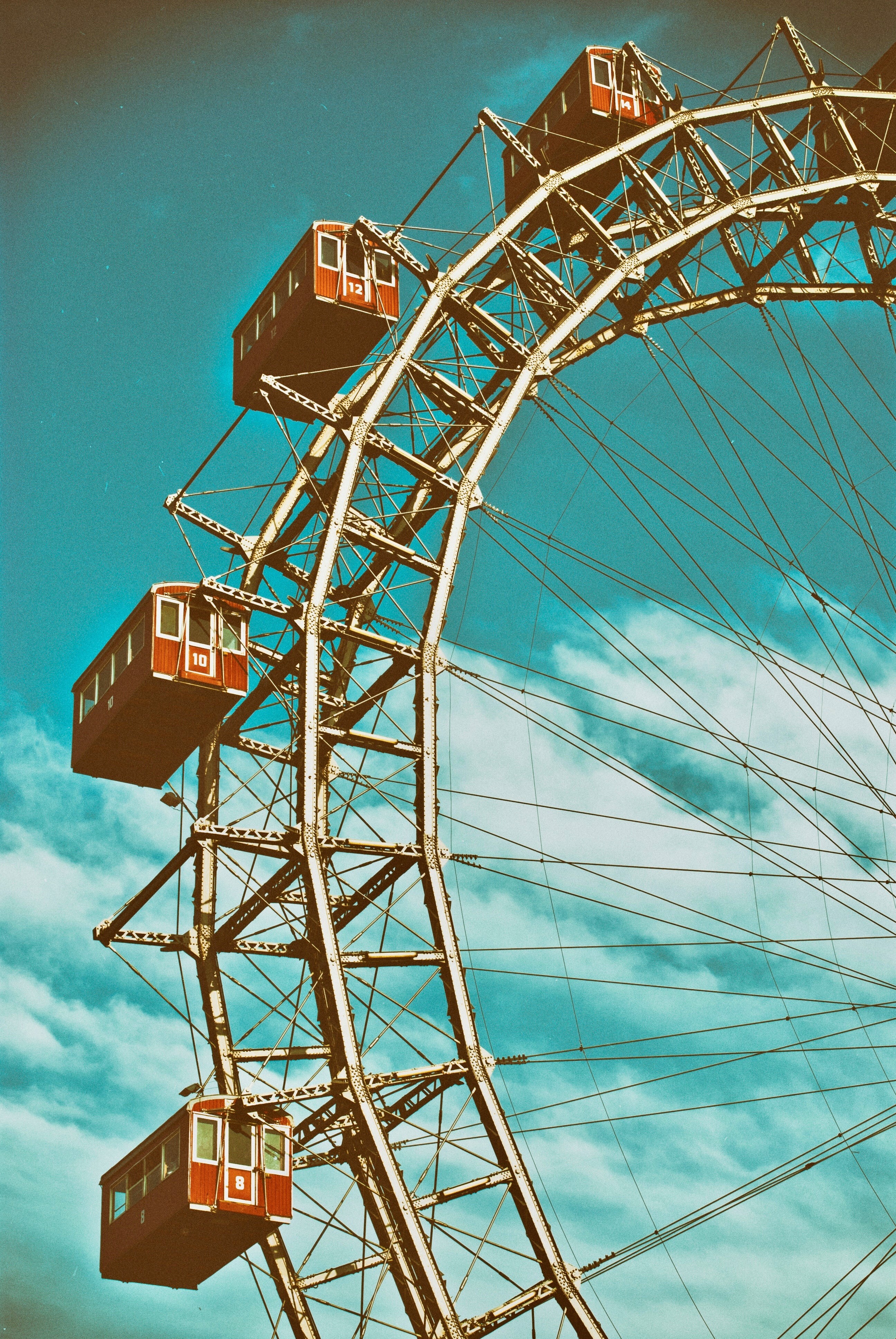 Spanish Riding School: Founded in 1572, the school moved into this building in 1729. The special Spanish breed of Lipizza are the only ones used in the precise form of riding which dates from the post medieval period when horses needed to learn to maneuver quickly to avoid the new firearms which came to dominate the battlefield. The horses get the summer off…they spend July and August in the country side. The rest of the year you can watch them train and perform.

Museumsquartier: An area in the 7th district filled with a wide range of museums (both modern and classic) , exhibit spaces, theatres and studios.

Hapsburg Imperial Crypt: The main burial place for Emperors and Empresses from the Hapsburg Dynasty this is the place to see how generations have celebrated death in the decoration of sarcophagi. They range from austere to overblown! The last person was buried her in 2011, but space remains for a few more.

Wander the Ringstrasse: This grand boulevard circles the old town (also worth a visit) of the city. It was built after the old medieval wall was taken down in the mid 19th century. Inspired by what Napoleon III and baron Hausman were doing in Paris, Franz Joseph I thought I would stand as a symbol of the glory of the Habsburg’s. He was right, it is now a UNESCO World Heritage site.

Naschmarkt: A giant, popular food market where you can buy veggies and fruit, spices, cheeses and baked goods. There are lots of small restaurants and stalls selling clothes and knick knacks. This a great place to try the traditional Palatschinken, a rolled up crepe. Evert Saturday there is a flea market.

If you are interested in visiting Vienna, please fill out our “contact us” form below or call us on 604-736-7447 and mention this article.