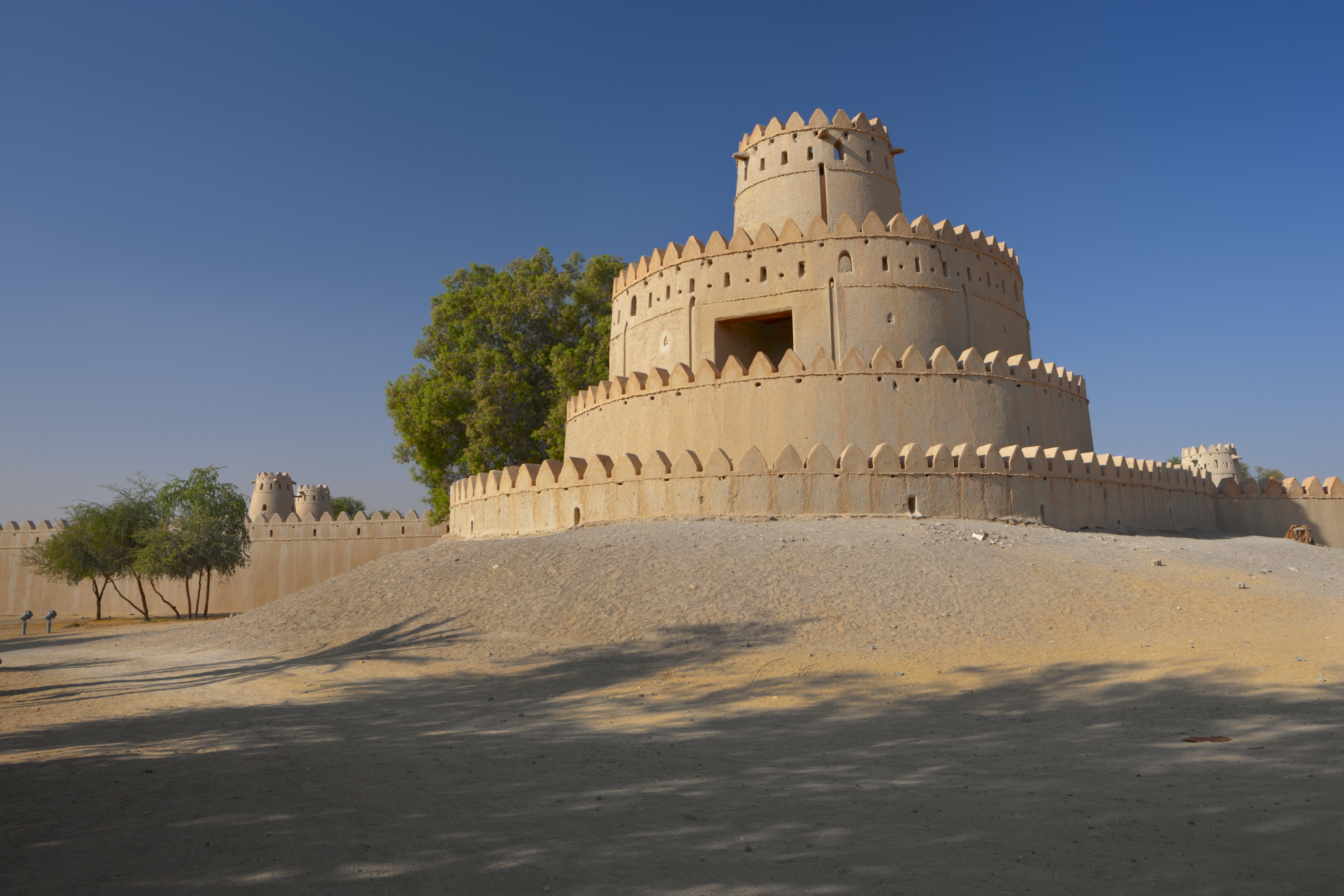 It’s not just oil. Before oil was discovered in 1958 the Emirate was famous for its pearls. Once the oil money started to flow, Sheikh Zayad decided to build a modern city. He hired Japanese architect Katsuhiko Takahashi to oversee the project turning Abu Dhabi into an architectural destination famous for its innovative skyline. Must sees include the Capital Gate (world record holder leaning building at 18 degrees, four times as far as Pisa’s tower), The Sheikh Zayed bridge by Zaha Hadid (said to be the most intricate bridge ever built) and the Alder Headquarters (a completely round skyscraper)

The Sheikh Zayed Grand Mosque took 12 years to build, cost a fortune , was the third most favorite landmark on trip advisor (beating the Taj Mahal & St. Peter’s). It was named after a very cool ruler. Sheikh Zayad founded the UAE in 1971. He was renowned for his enlightened attitude. Unlike most of his neighbors, he permitted private press, freedom of worship and allowed women to be educated. His goal for this mosque was to unify the Islamic world’s diverse cultures. It holds the world’s largest carpet (1200 women took 2 years to weave it), 1096 columns and 7 24-karet gold plates Swarovski crystal chandeliers. Sheikh Zayad died in 2004.He is buried here. 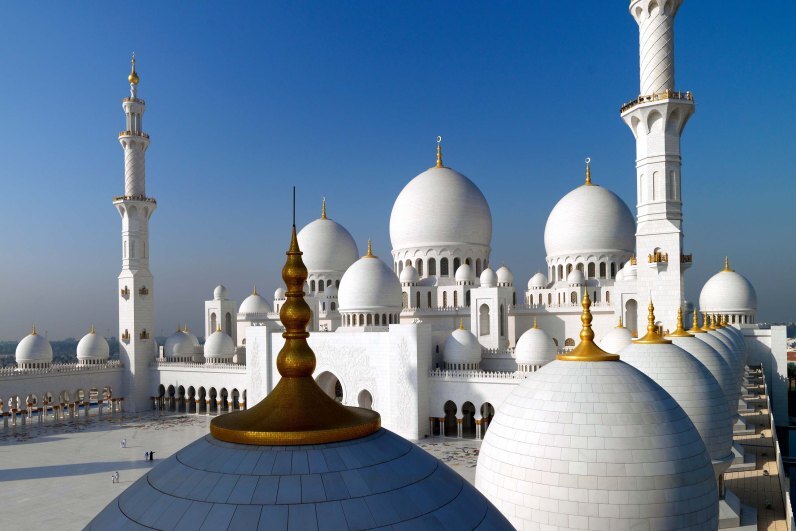 The Louvre Abu Dhabi demonstrates the greatness that occurs when you team a country with a ton of cash and a country with a ton of art… Pritzker Prize–winning architect Jean Nouvel designed the building which is a destination in its own right. A kayak trip around the exterior is a fabulous way to appreciate its beauty. Works in the 12 galleries are organized by themes and time-frames rather that the more typical country or civilization. The exhibits include items on loan from 17 French museums and a large permanent collection.

Al Ain is an oasis town that has been occupied for more than 8000 years. A constant supply of water made this an important farming area; control over the water led to conflict, power grabs and the construction of multiple fortresses including the magnificent Al Jahil Fort. For centuries Al Ain was a stop on the Caravan route. Later it became the summer retreat for the Royal Family and other grandees. It is less humid in the summer than other parts of the country A regular Camel Market is still held most mornings, one of the last in the area. 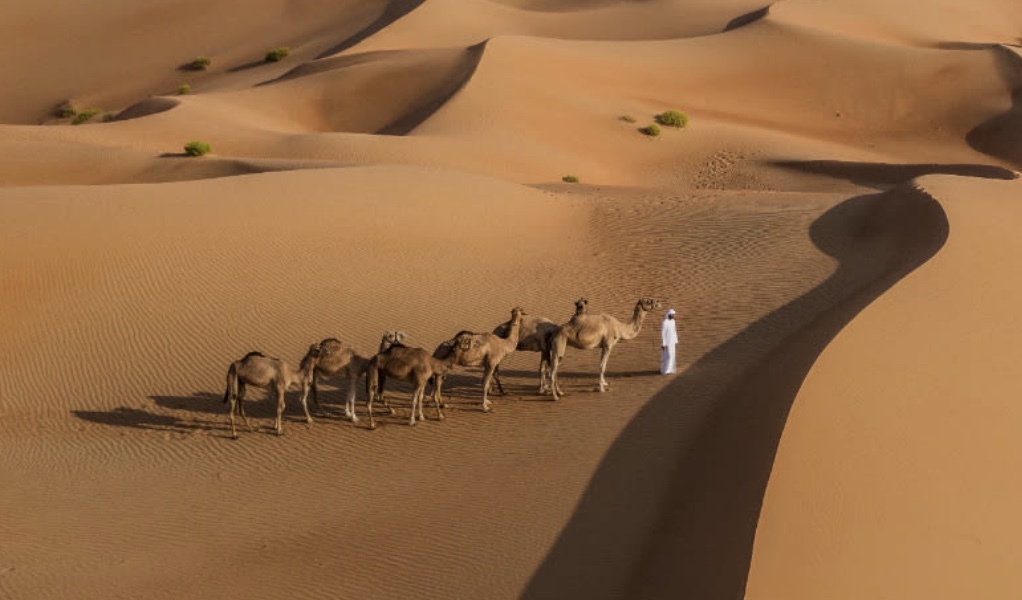 Emirati Experiences are a unique chance to look behind the curtain. This program was started 2 years ago by the Department of Culture & Tourism to offer tourists a chance to see more of Abu Dhabi than the guidebooks top ten to-do’s. Freelance highly trained licensed guides create special opportunities. These include an invite to their homes for breakfast, shopping in a market, a visit to a traditional sandal factory, a walk through their neighborhood or a chance for foreign women to sit and chat with local women.

Qasr al Sarab is the most instgrammed hotel in the world. Qsar means palace and this one sits on the edge of the Empty Quarter, the largest uninterrupted sand desert in the world. The exterior harks back to a Bedouin Fortress, the interior is Arabian nights magic. Luxury on steroids, indeed. What makes this truly special are the desert experiences; the opportunity to ride horses, camels or fat wheeled bikes thru the sand, learn how falcons hunt or go dune bashing in a 4x4 (they recommend doing this on an empty stomach).

Abu Dhabi is a fabulous place for car lovers. You can drive or watch formula 1 cars on the state of the art Yas Marina track where the first evening Grand Prix was held. The futuristic W Hotel is built above the track. If getting behind the wheel of the real thing is not your thing , you can drive a simulation at Ferrari World, a theme park dedicated to all things, no surprise, Ferrari. It also has the world’s fasted rollercoaster, the Formula Rossa. Criminals beware, the police force also drive fast high end sports cars, think Ferraris, Lamborghinis and Rolls Royce’s. More cars can be seen at the Sharjah Classic Cars Museum and Emirates National Auto Museum. 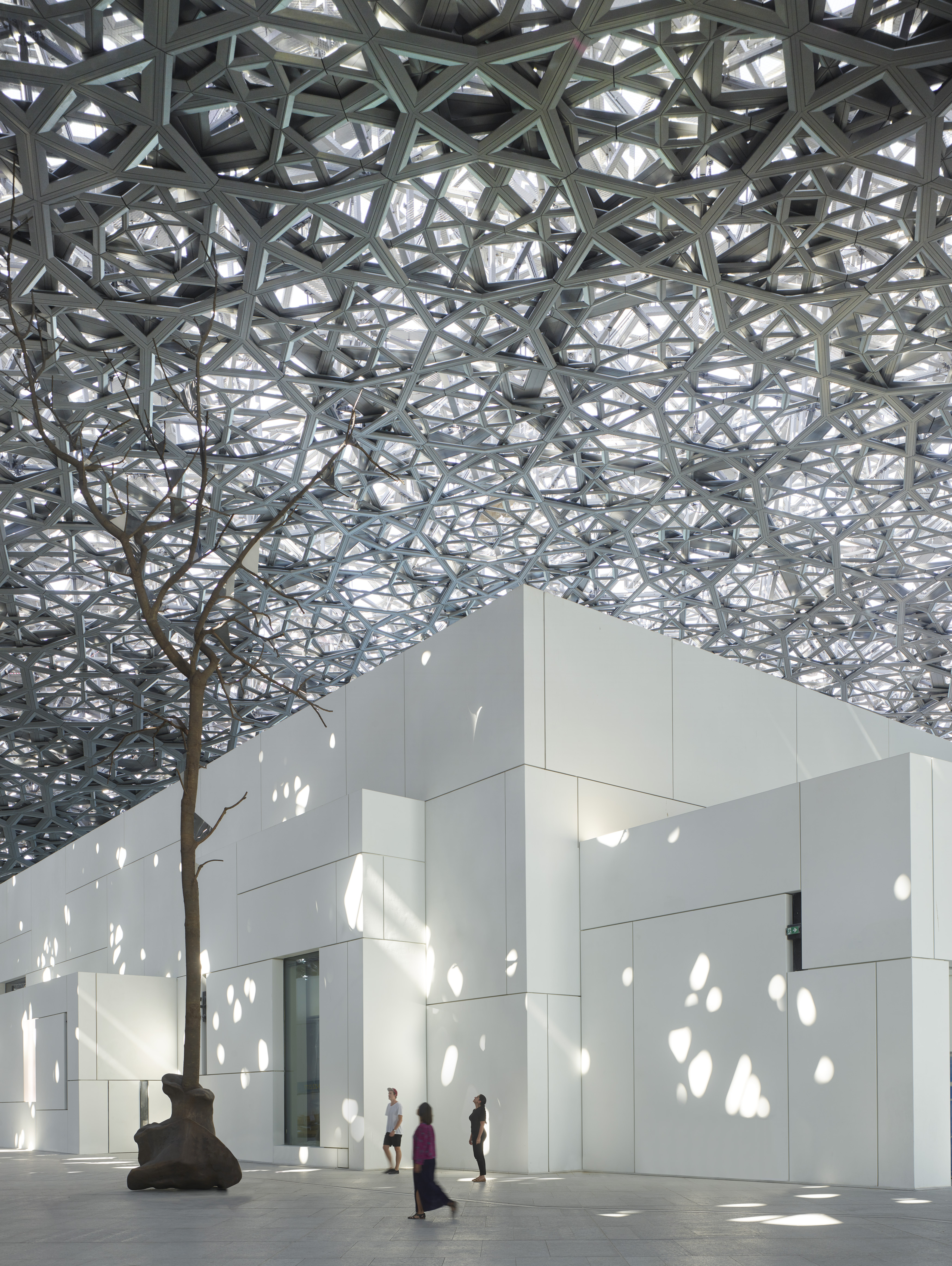