Ginger Blum and her family live big in Toronto...

*All images are unedited traveller photos

I decided to bring my husband and son along on a recent business trip to Toronto and make a weekend of it, since we've barely left the house in 18 months and none of us have really spent much time there.

We arrived late into Toronto and opted against the UP train (plus ten minute walk) and decided to take an Uber to the Shangri-La Hotel. The Uber was clean, fast, easy to find and nearly twice the price quoted through the App (once all of the taxes, surcharges and the drivers time were added on). This was different than my last Uber experience (which I confess was in pre-pandemic Florida), where the cost of the ride was always exactly as quoted. My $42 quote was $80 after tax and tip.

Arrival at the Shangri-La was wonderful. We enjoyed the parade of luxury vehicles parked out front, none of us had ever seen a Lamborghini Urus. I didn't even know they made SUV's (not a car person). The front desk was warm and welcoming, they told us our room had been ready for a long time and gave my 8 year old son an adorable stuffed moose to keep him company. 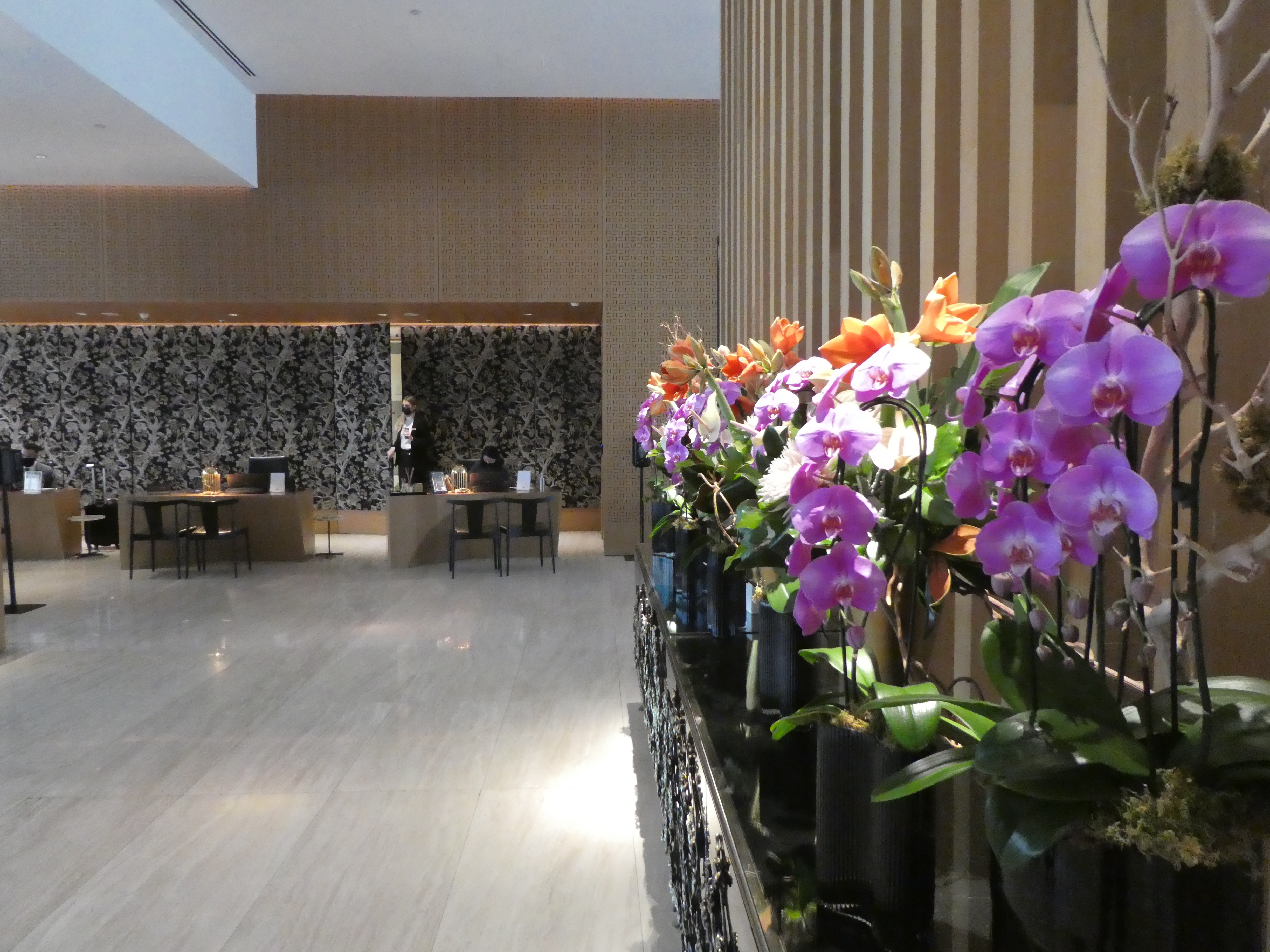 The lobby bar was lively, with the melody of music and mingling filling both the air and my tired, jetlagged soul. We made our way up the elevator, marvelling at the glorious site of the lobby bar. Opening the door to an unfamiliar hotel room is something I love. I've stayed in hundreds of hotels, yet that moment of swinging the door open never loses the excitement of what lies on the other side. 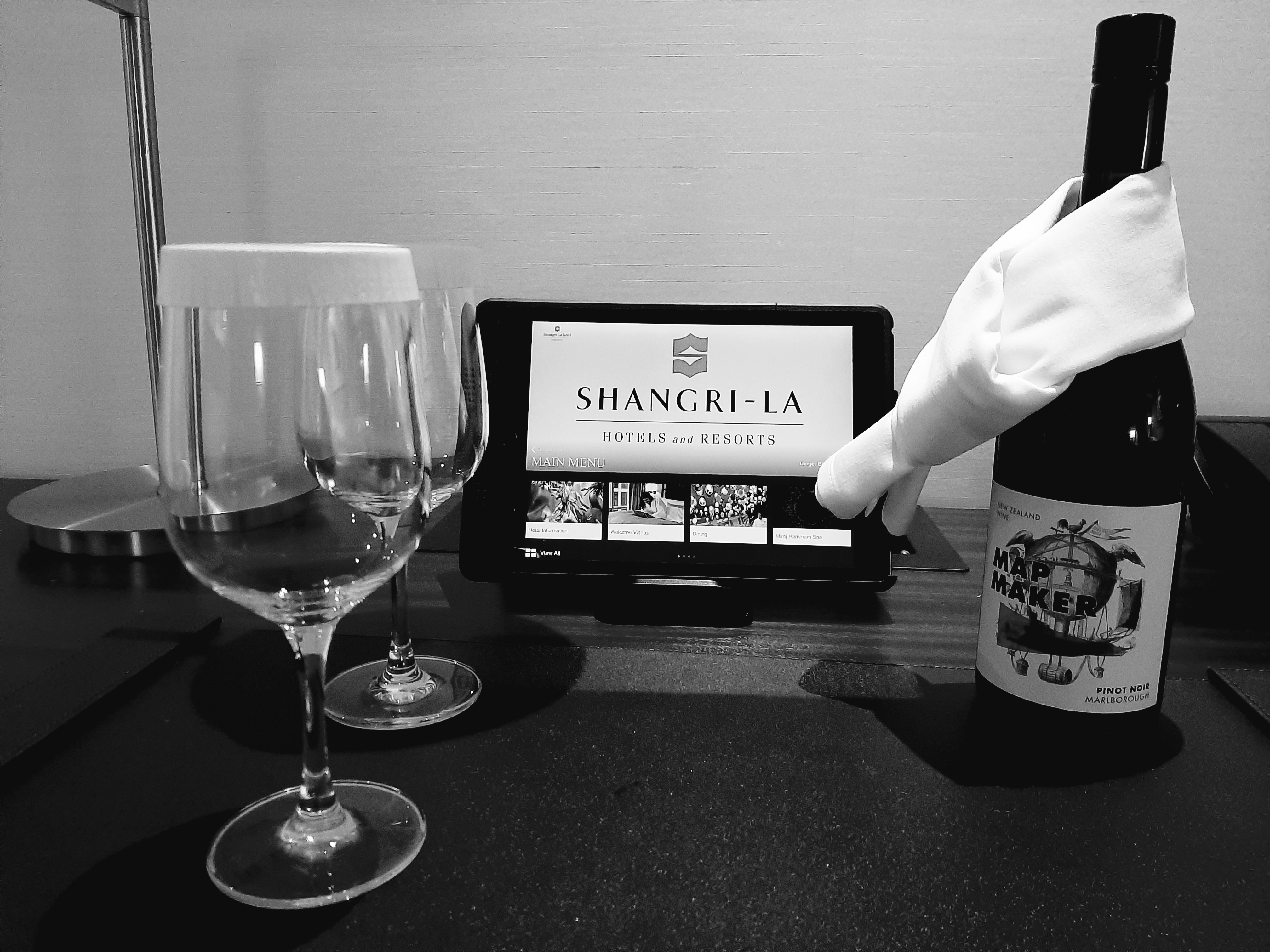 Our room was pristine in every way with a wonderful bottle of wine waiting to be enjoyed. We took turns "oh la la-ing" at the spacious white marble bathroom. My inner princess was finally home, I've always liked rocks. My 8 year old wanted a bubble bath. My husband (a red seal finishing carpenter) voiced his appreciation for the quality of the materials used in the finishing. He loved the door stoppers of all things. Not a word about the mini-bar, or L'Occitane amenities but wow, those door stoppers!

After a good night sleep I was able to truly appreciate the beauty of this hotel. The Shangri-La Suite is an Asian influenced masterpiece, every piece of art and furniture pleasing the eye and contributing to the Feng Shui of the property. I was impressed by the size of the fitness centre, one of the largest I've seen in a city hotel in memory. They offer a full service Miraj Hamman Spa inspired by middle eastern treatments and with a very clean pool area with cabanas, perfect for families. The other great thing about the Shangri-La was it's location, two of our "must see's" were within walking distance. 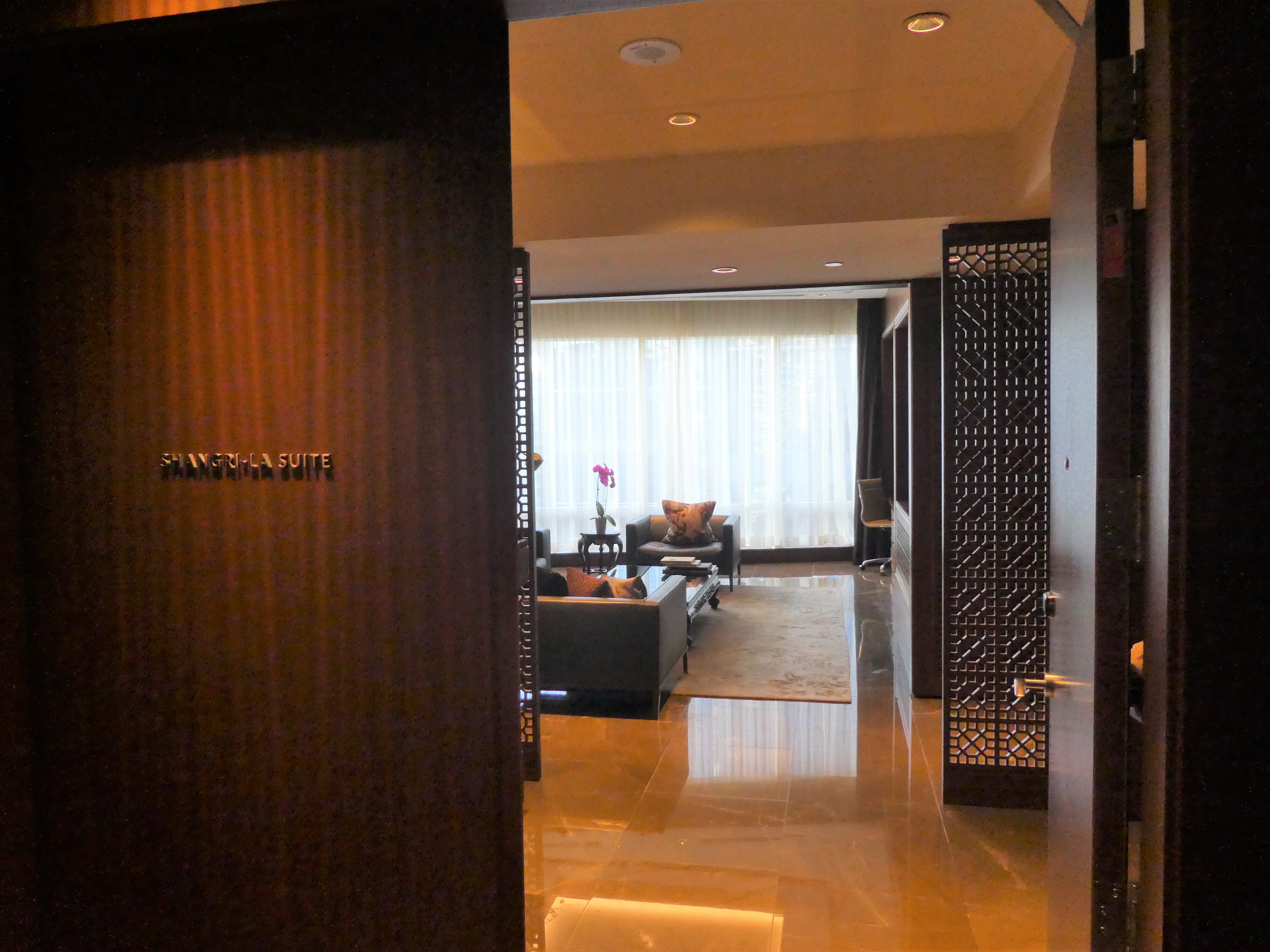 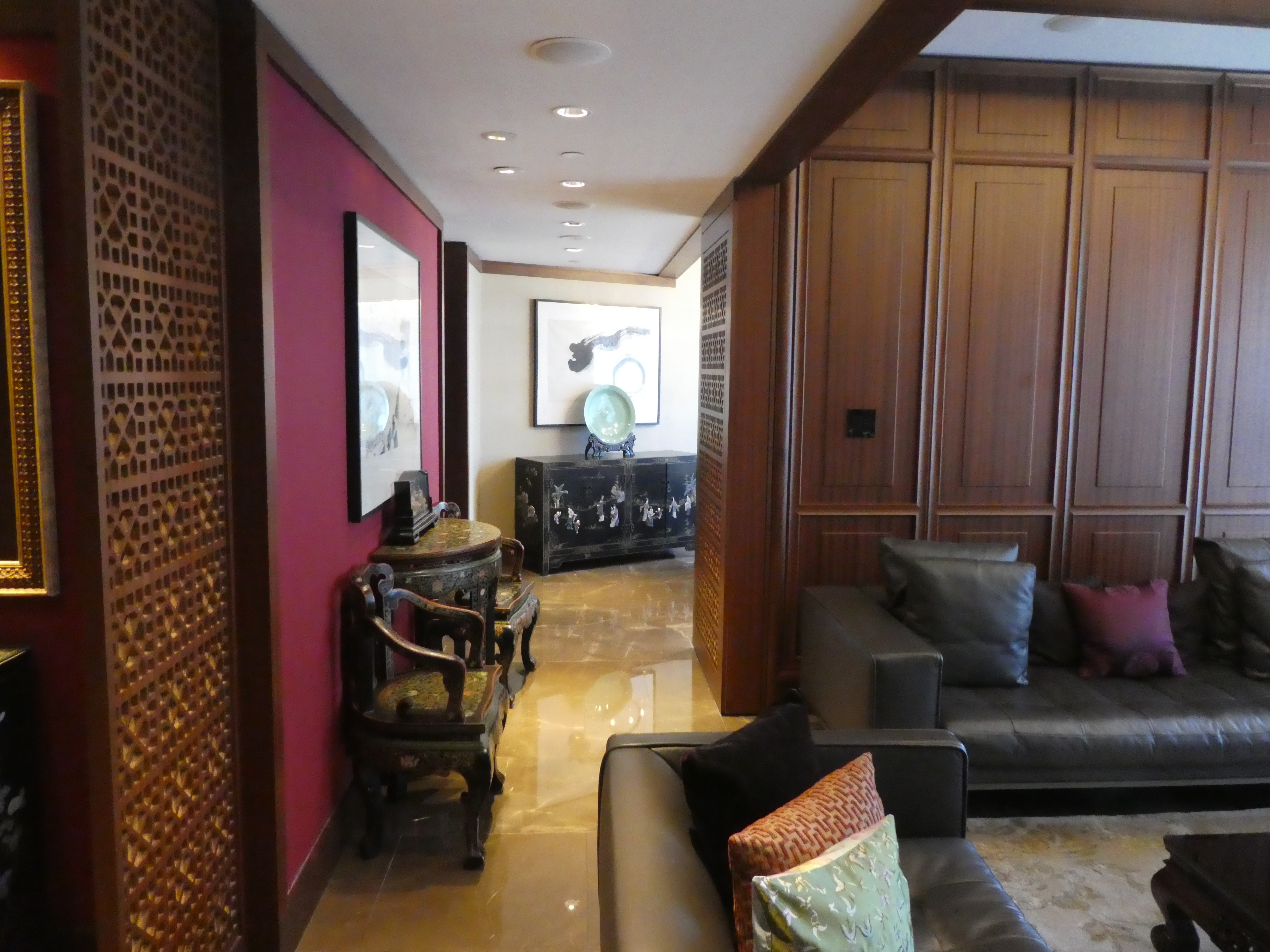 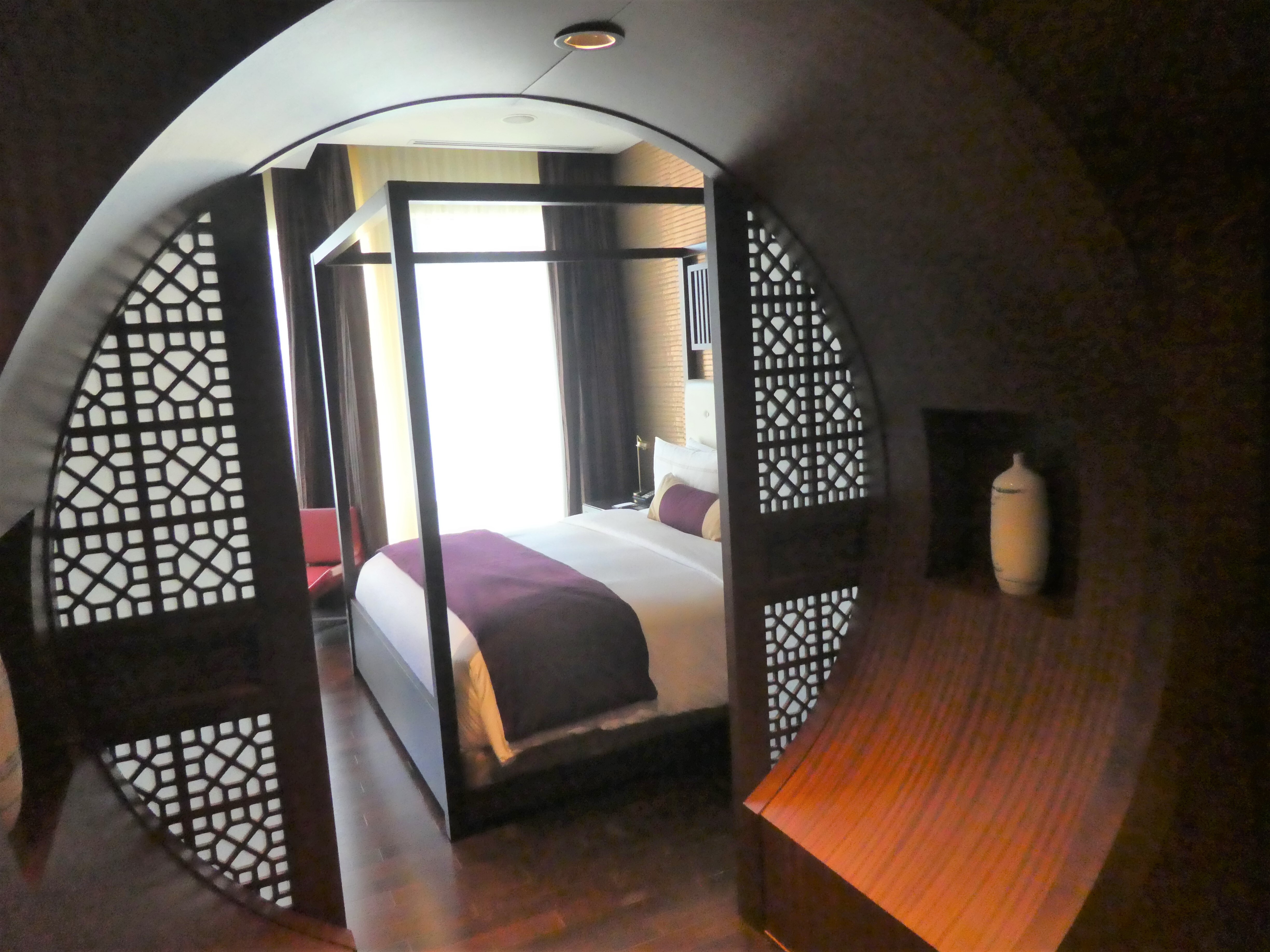 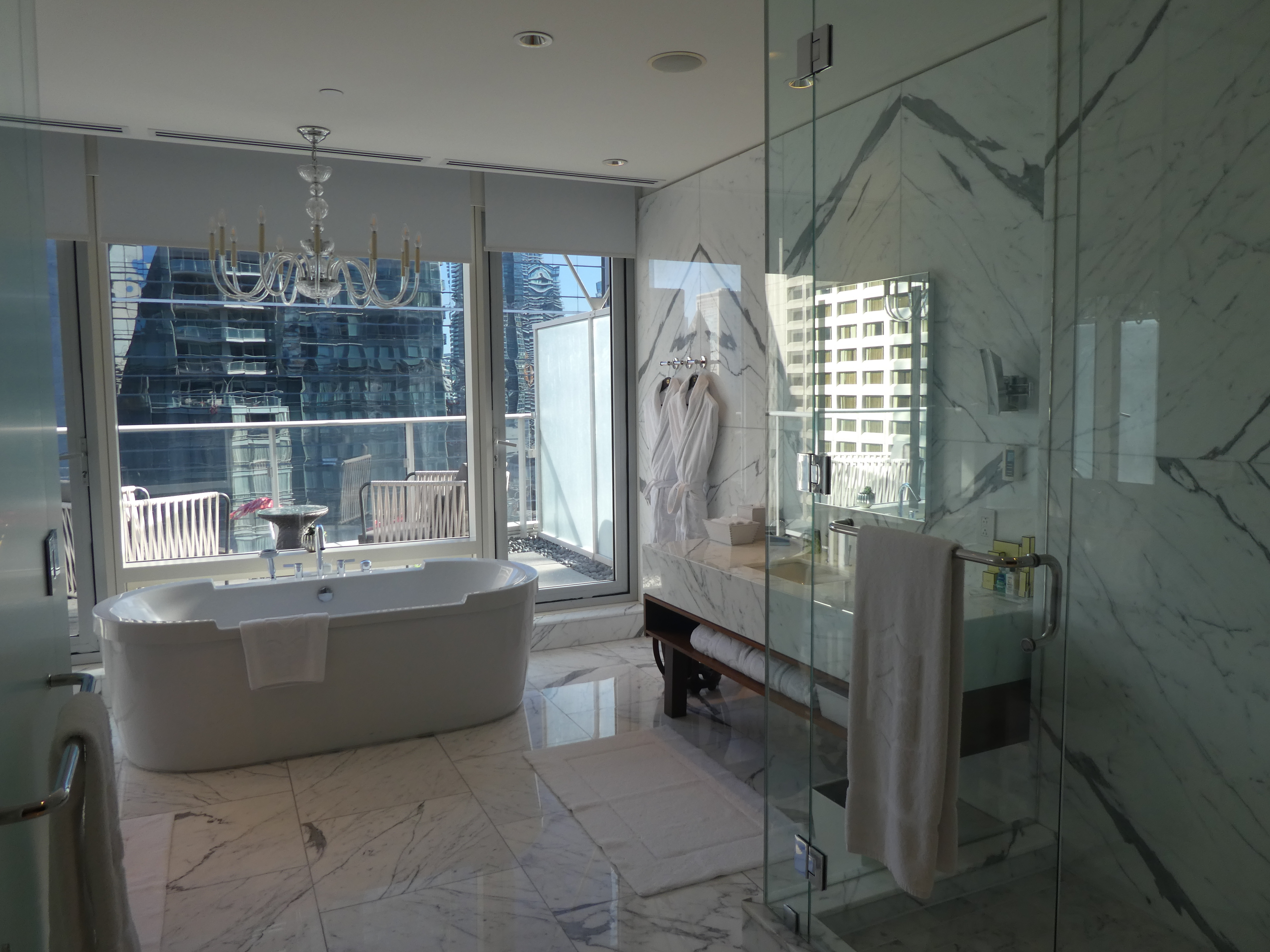 First time travellers to Toronto are likely to be interested in major sites such as the CN Tower, Ripley's Aquarium, the Ontario Science Centre, Casa Loma, the Toronto Zoo and the Royal Ontario Museum. That's just the tip of the iceberg as far as attractions go, but we only had a few days. We purchased the Toronto CityPASS, a fairly convenient way to not just pass the line, but get a significant discount on the major attractions. Like many things related to travel, purchasing the pass was a quick and easy transaction, but work always lies in the details. Many of the attractions require you make advance reservations, which I would recommend doing as far in advance as possible. Set aside a half hour or so to work through this. CityPass helps by emailing you reservation information and links.

We only had a weekend, so we chose the CN Tower and Ripley's Aquarium (which were a quick walk from both of the hotels we stayed at), and then the following day the Royal Ontario Museum (or ROM) and Casa Loma, which were easily accessible on the Metro system.

The very pedestrian friendly waterfront was a short stroll from the Shangri-La, so we headed off to check out Ripley's Aquarium. Our City Passes allowed us to show up without reservations at the aquarium, so we went around dinner time hoping to avoid the family rush (and we did). In fact, we avoided any line altogether, and just flashed our confirmation from CityPASS and were on our way.

The Aquarium was one of the best we've been too (and we've racked up quite a list over the years), with the best part being a lengthy moving walkway that meanders around the shark tank. Not only did this stop the bottle necking, but it allowed for multiple excellent photo opportunities without anybody in front of you. Countless tanks displayed sea horses, sea dragons, jelly fish, puffer fish, and colourful tropical fish in what turned into a two hour visit easily. 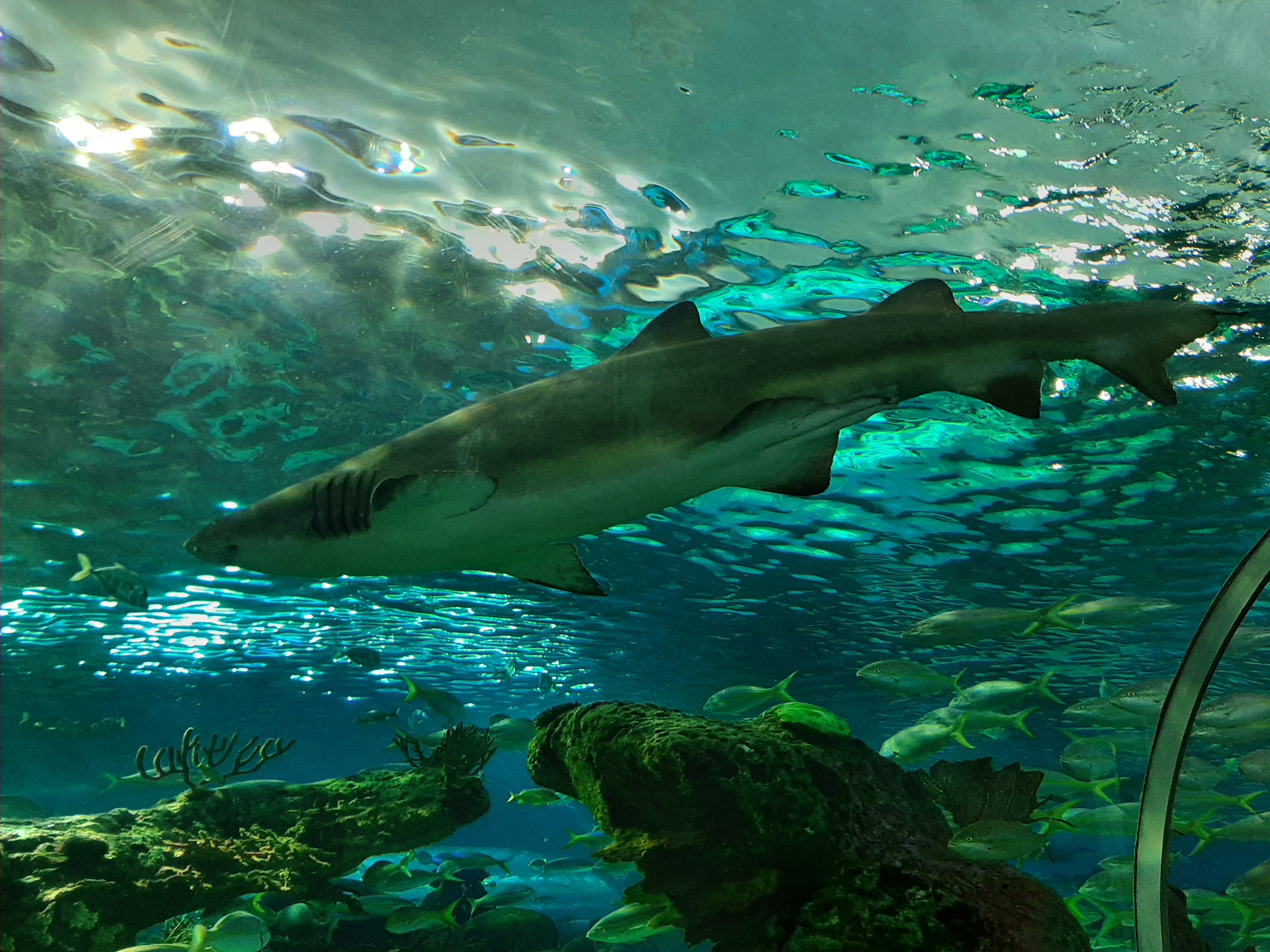 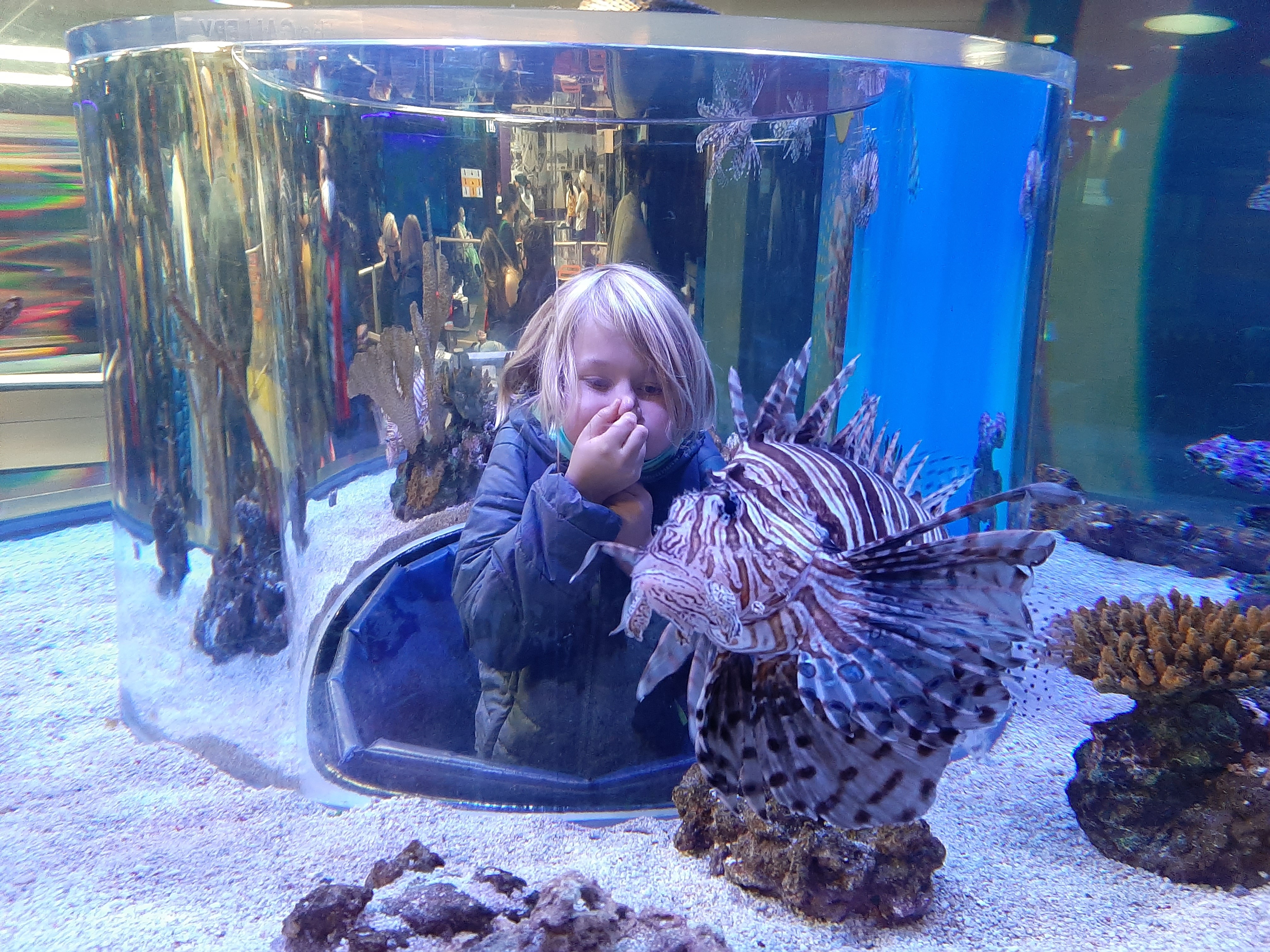 The CN tower is maybe a hundred meters from the Aquarium exit, so we decided to do the night viewing while we were out and about. The CityPASS required reservations for the CN Tower but once inside there was no line whatsoever. We enjoyed the circuit-board night view of the city, bravely taking turns walking out onto the glass floor hundreds of meters about the city streets. 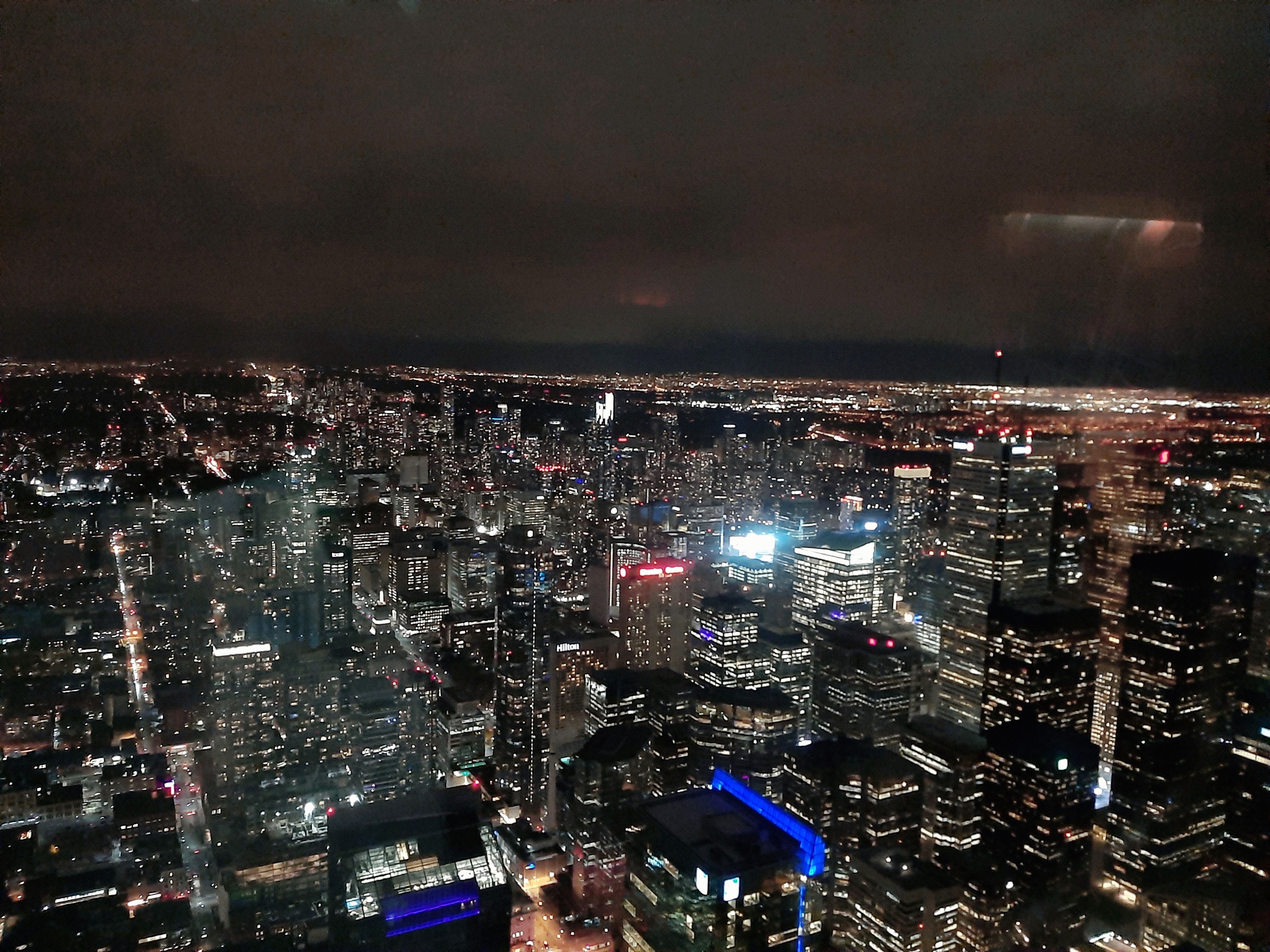 The following day we moved to the famous and historical Fairmont Royal York hotel, gracing Front Street with it's beautiful facades in a fantastic location across the street from Union Station. The lobby was buzzing with Saturday afternoon cocktail drinkers, and in spite of a fairly busy front desk, we made our way up our surprisingly large room within a few minutes. I quickly popped down to the LBCO and Shoppers drug mart (just downstairs from the east elevators) and we were set with all the essentials for a good night in. 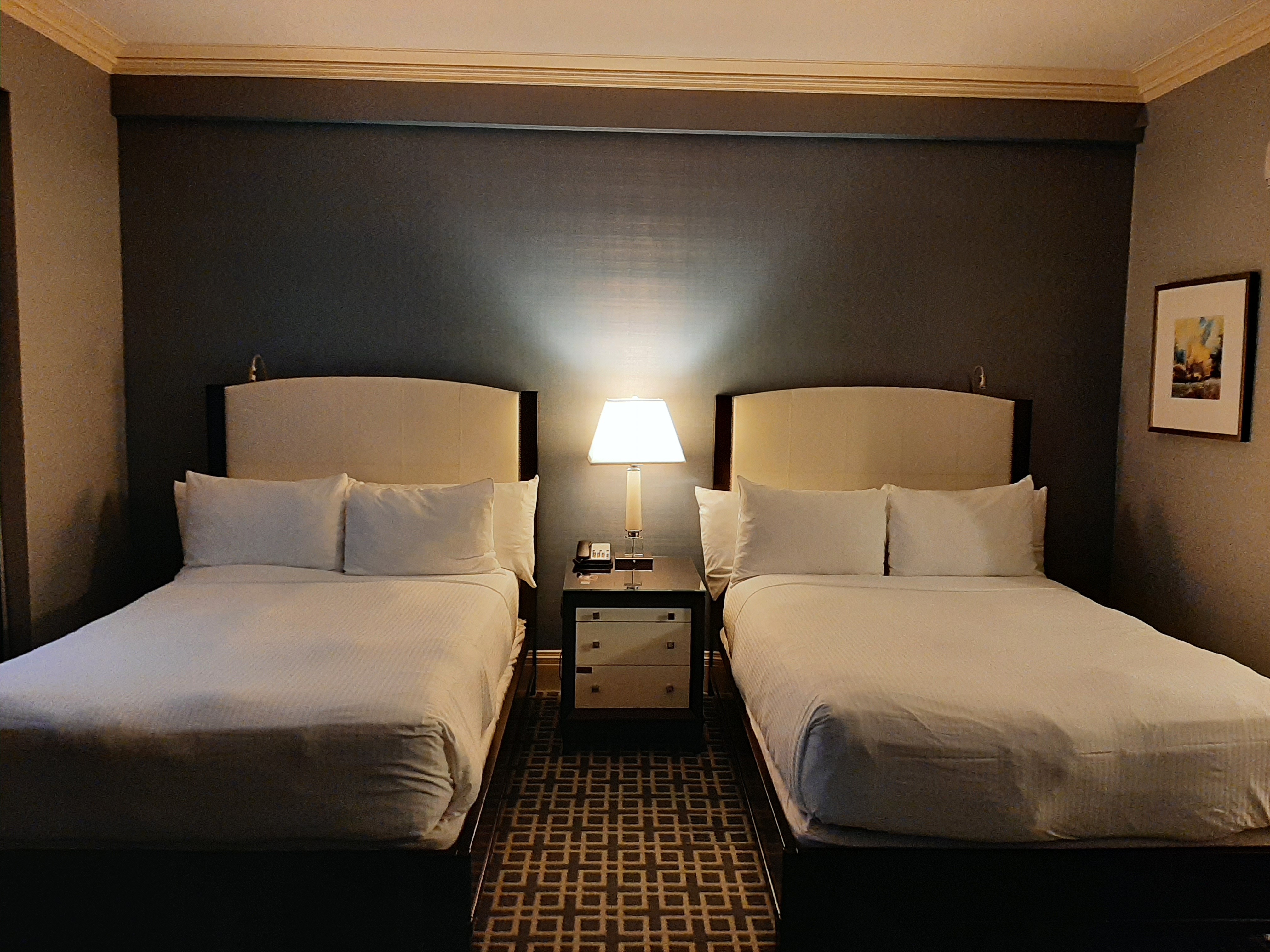 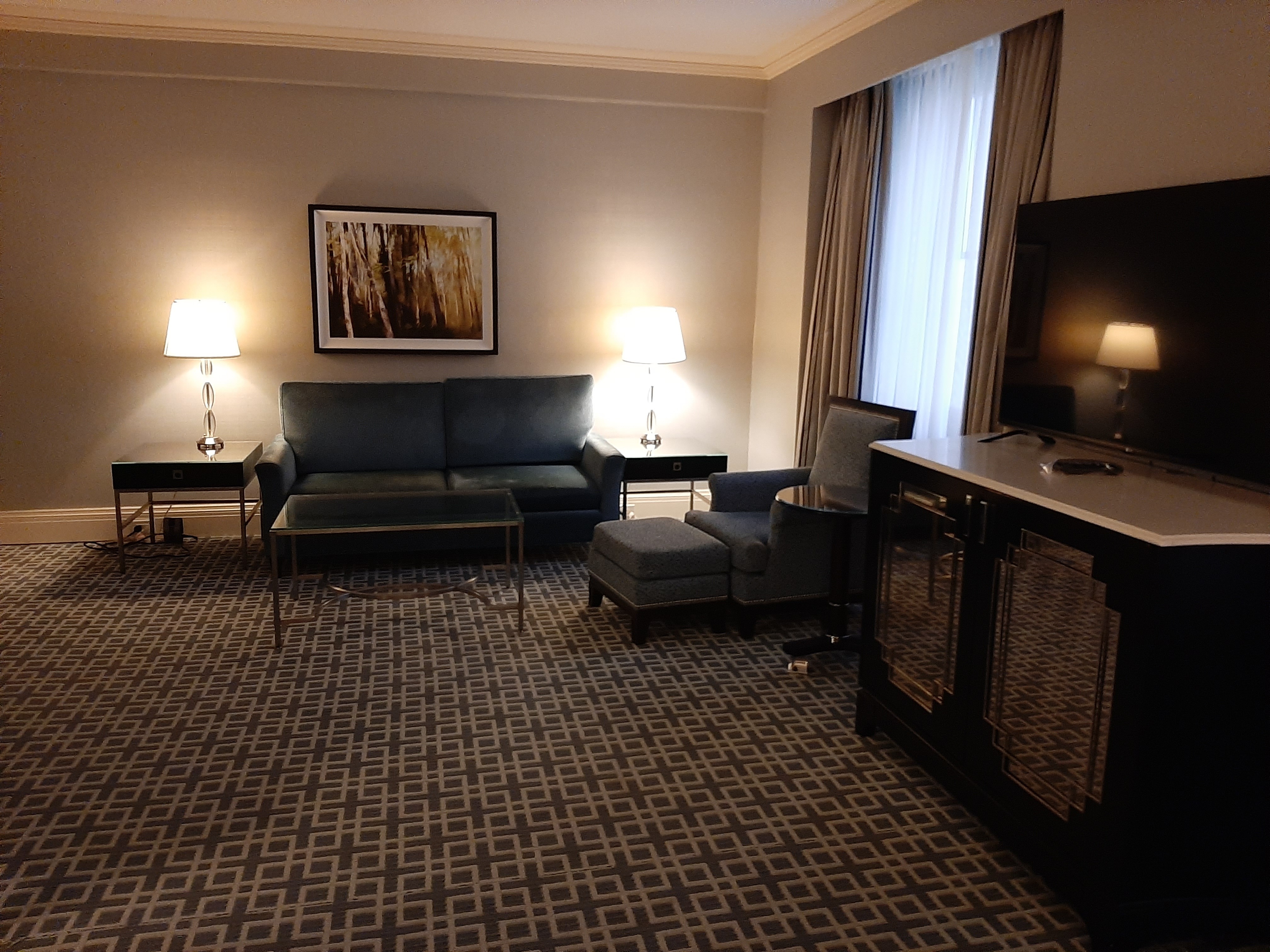 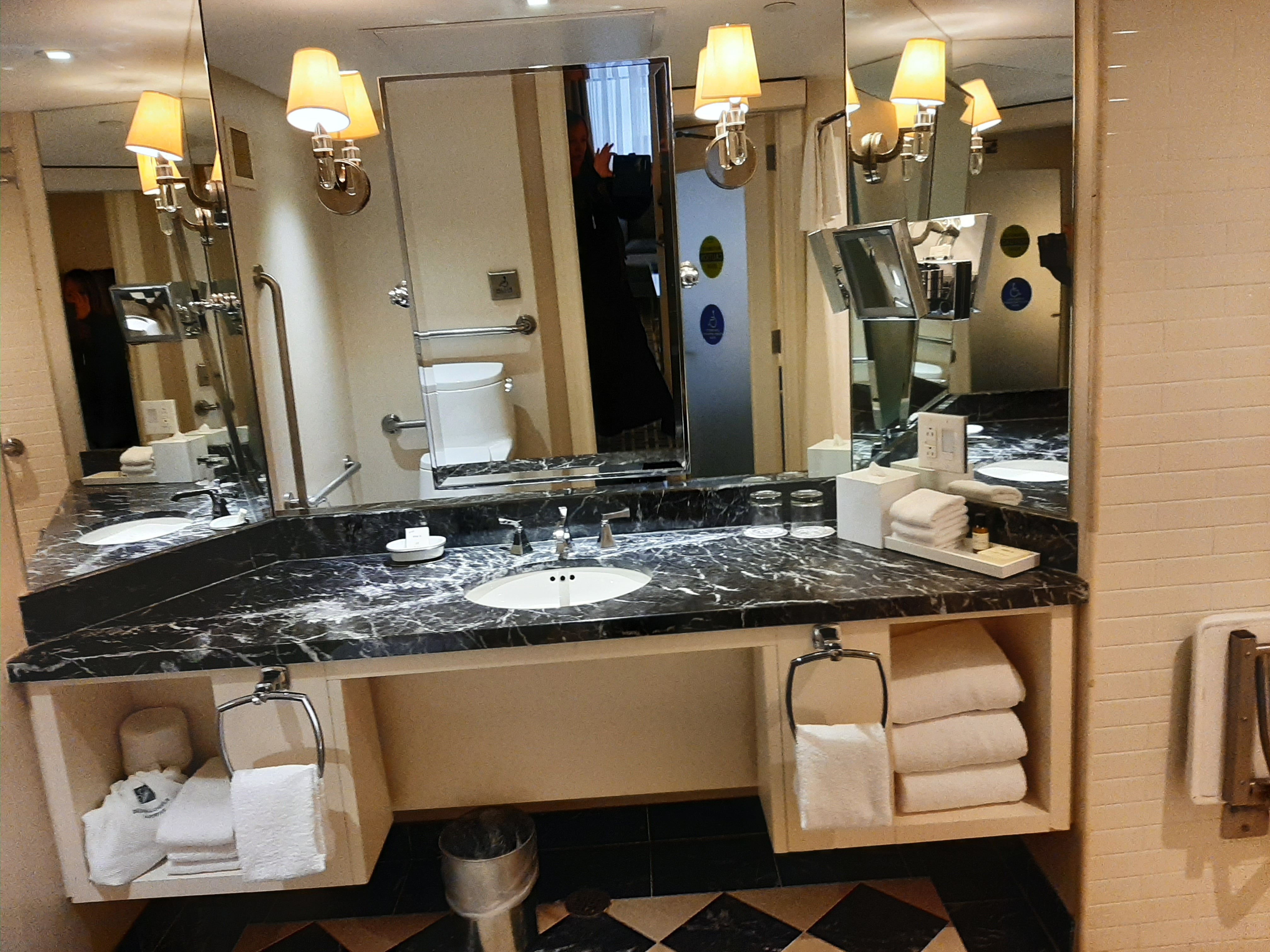 Seeing a piece of history like the Fairmont Royal York during a pandemic was a very unique experience. I wandered the massive ballrooms and conference halls with their opulent carpets and incredible chandeliers, completely empty with the exception of myself (and eventually a curious security guard). Seeing it empty was kind of haunting, but I appreciated that opportunity as I was really able to feel the history of this magnificent building. 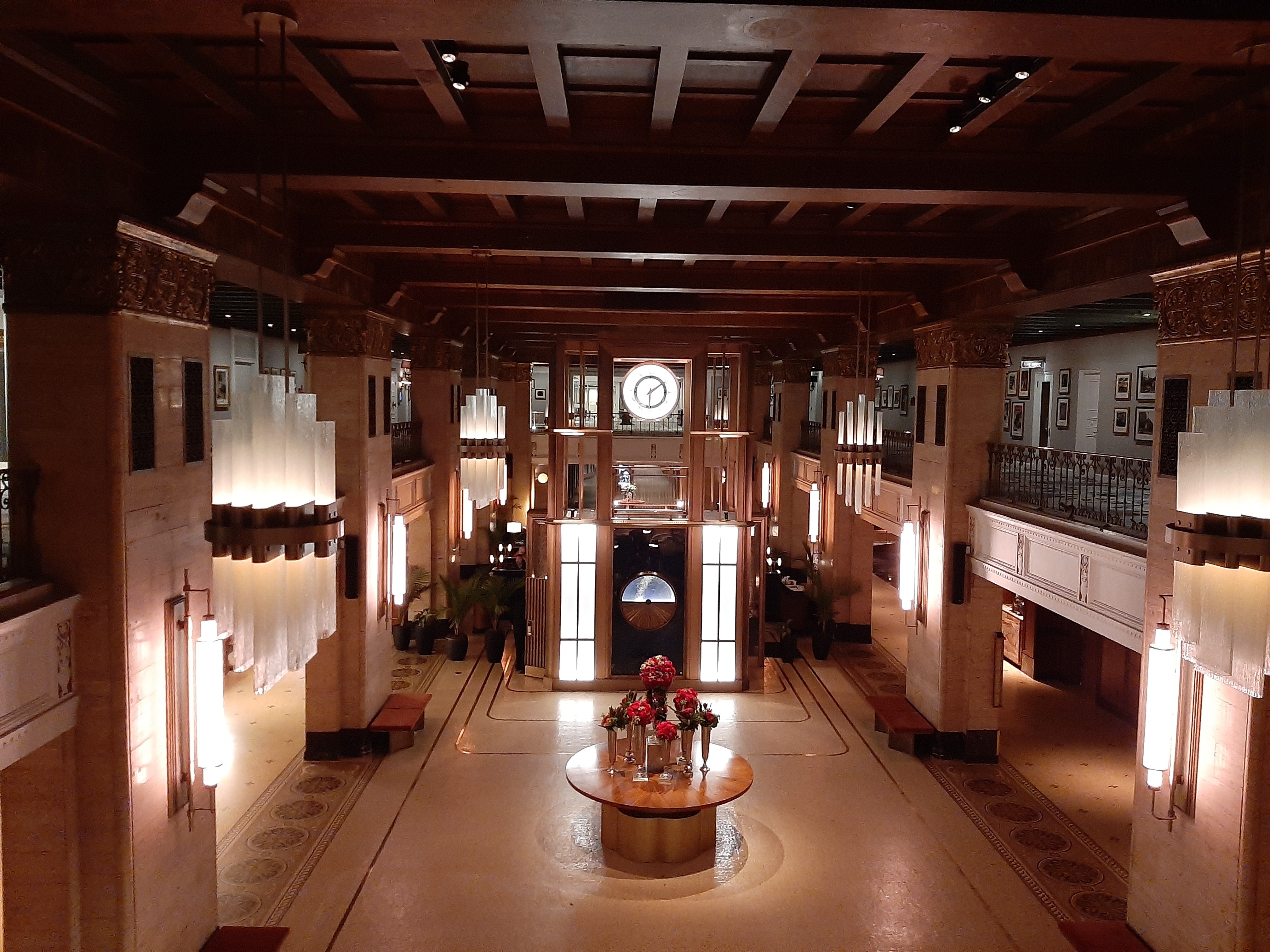 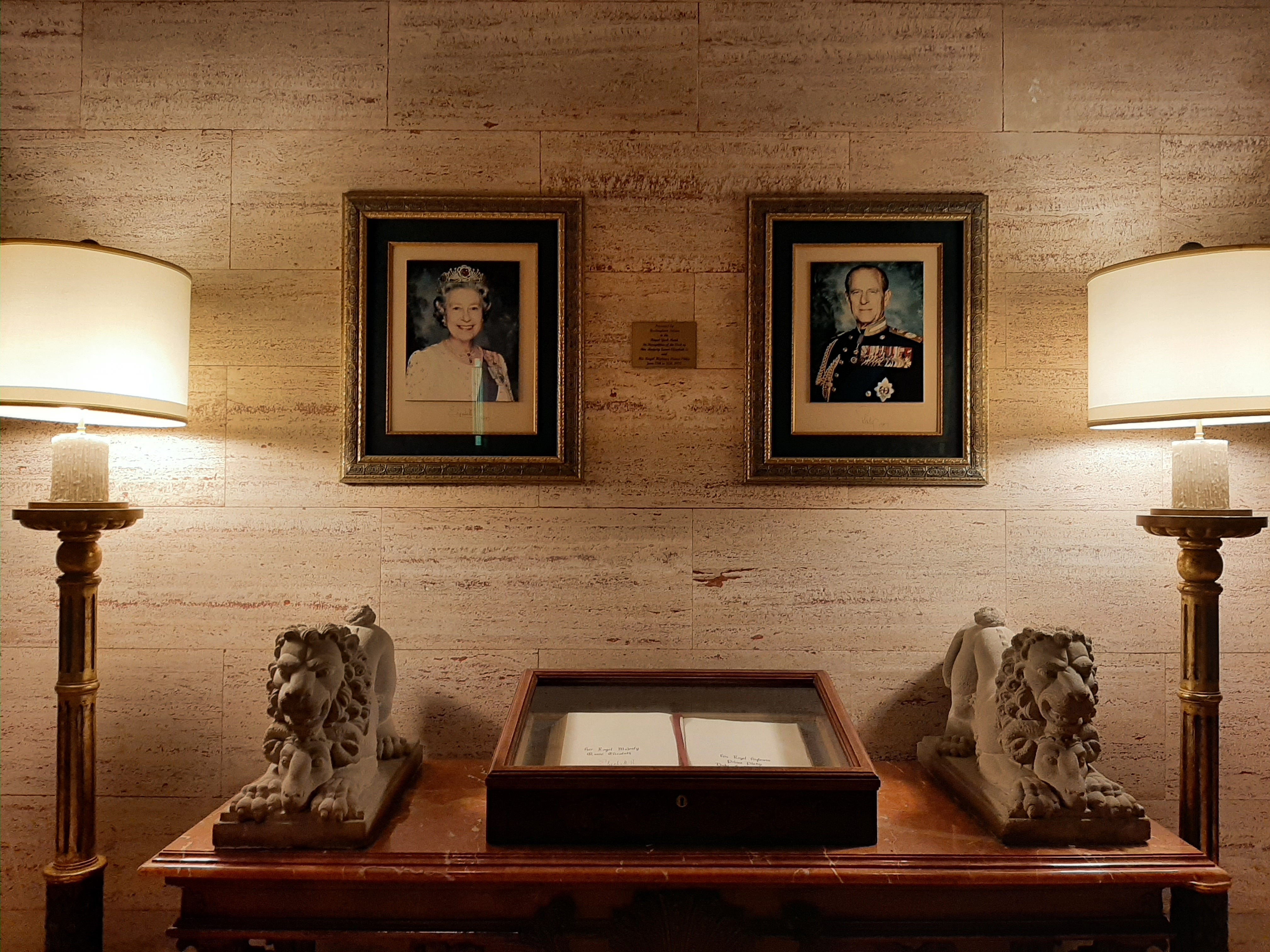 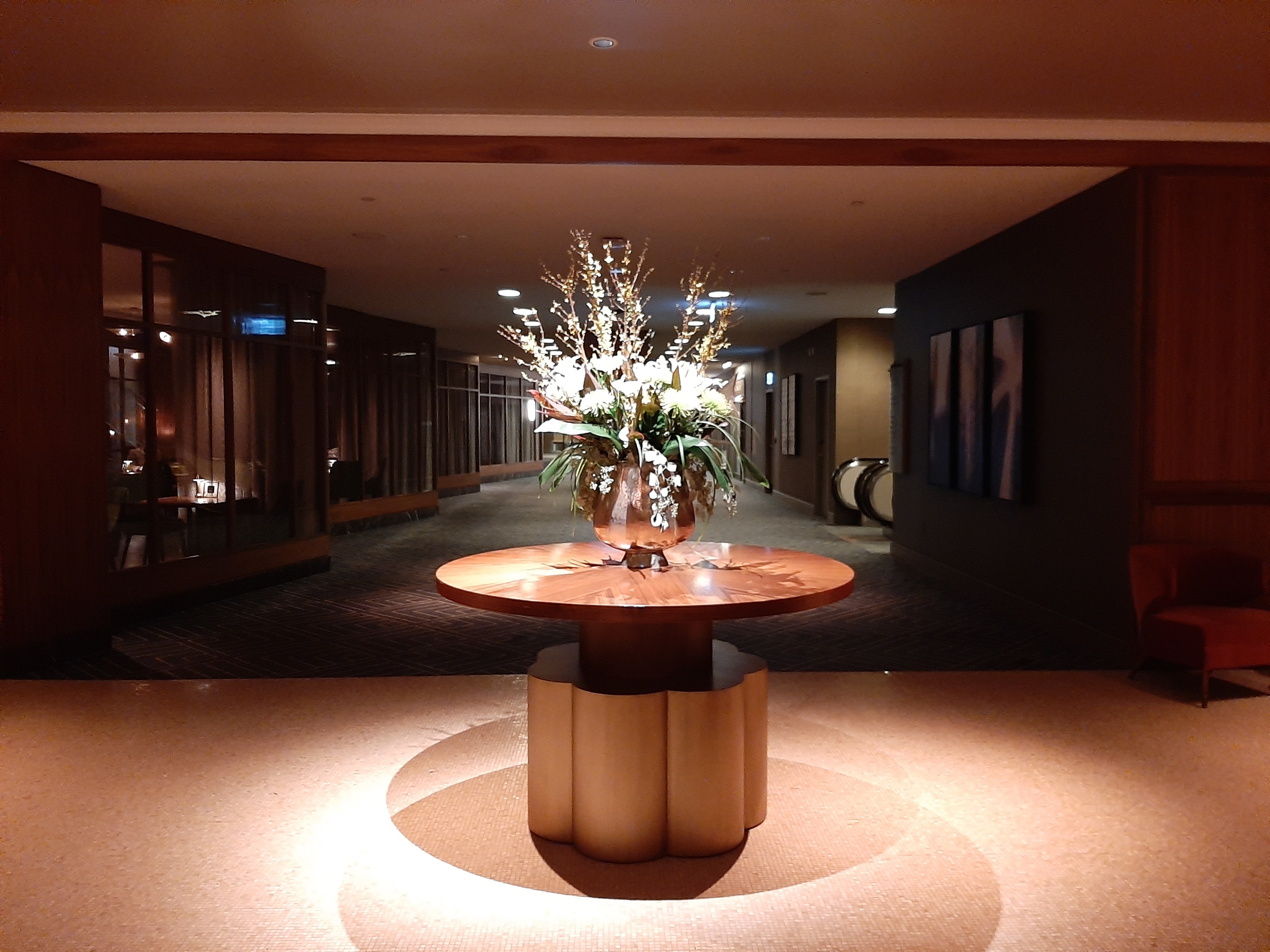 All Covid restrictions had been lifted for the fitness centre and pool area, so after my wander we went for a swim, sat in the hot tub and enjoyed a quiet night with room service, which was delivered timely and efficiently. A $6 delivery charge and a 15% gratuity were automatically added to the bill, so pay attention when tipping.

The next day we took advantage of the convenient location and using the PATH system, hopped in the Metro without going outside in the rain. We explored the Royal Ontario Museum and Casa Loma, both a short walk from a metro station and both excellent attractions. They train was very easy for first time users, we didn't have any issues. 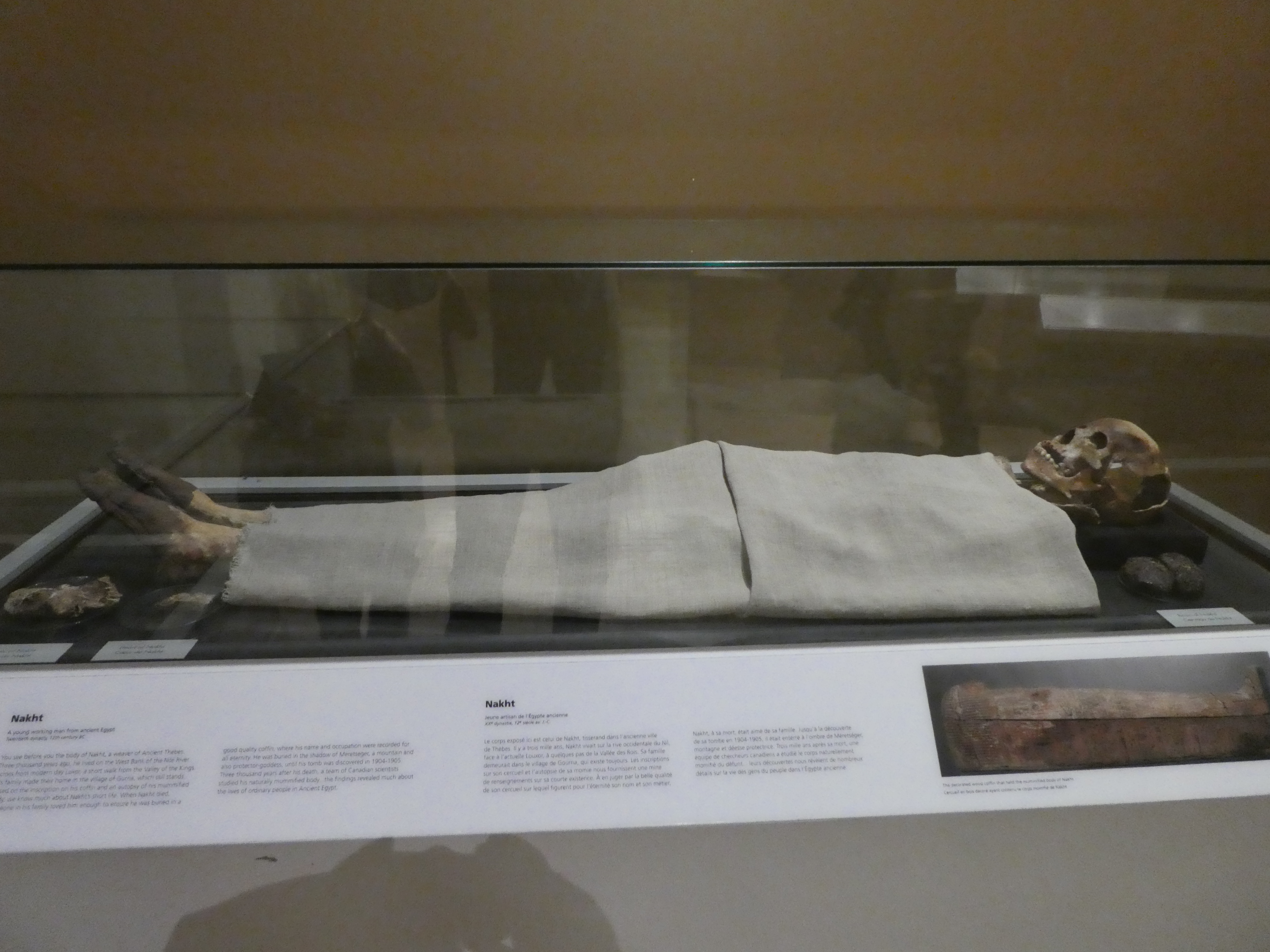 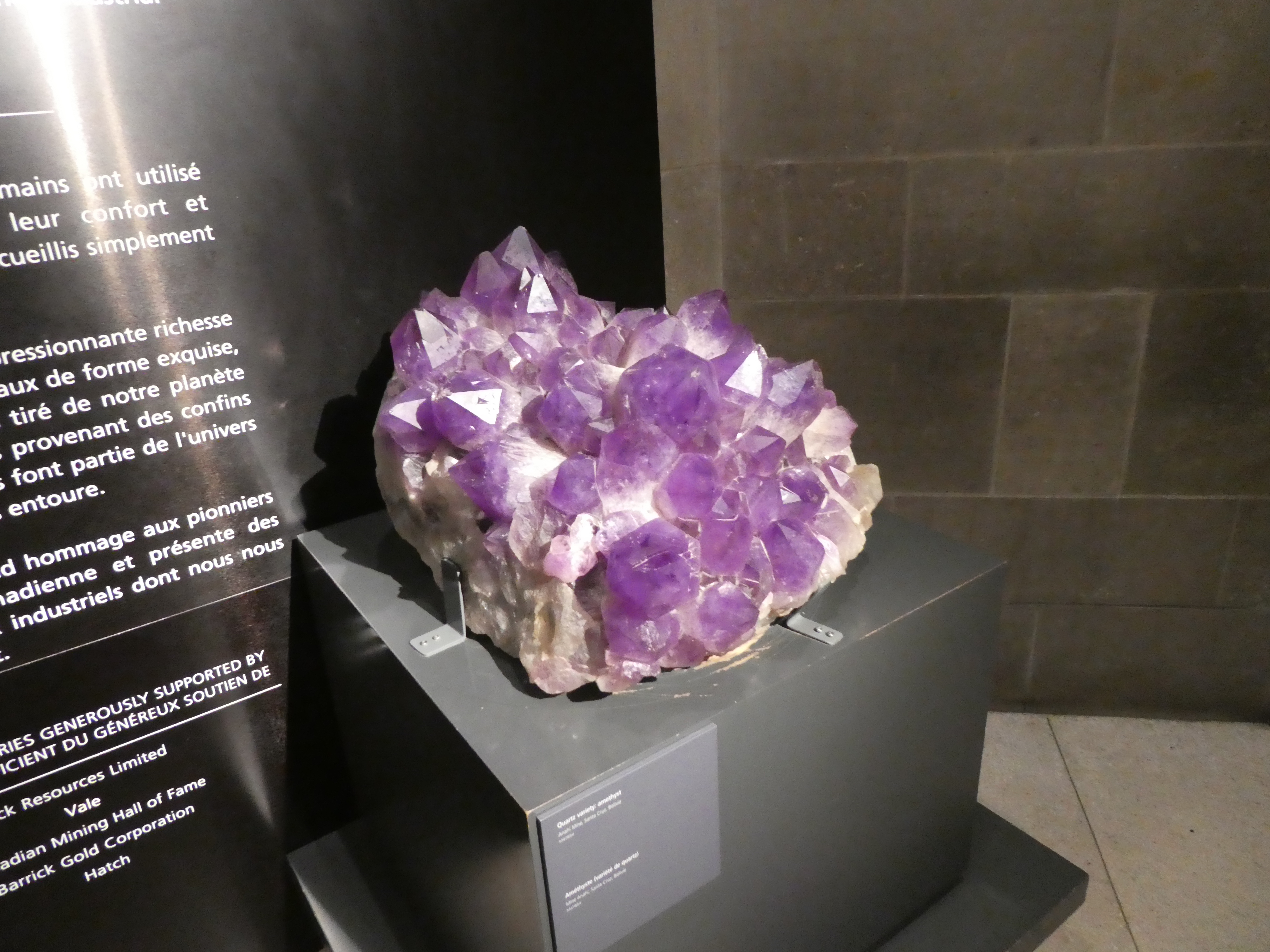 While combining these two attractions did make sense logistically, it made for a very long day and wouldn't be suitable for younger kids who still nap, or families with mobility issues. ROM did require advance reservations but were very flexible when we arrived early, Casa Loma allowed us to show up anytime. Both attractions were interesting and gave us lots to talk about on the ride home. 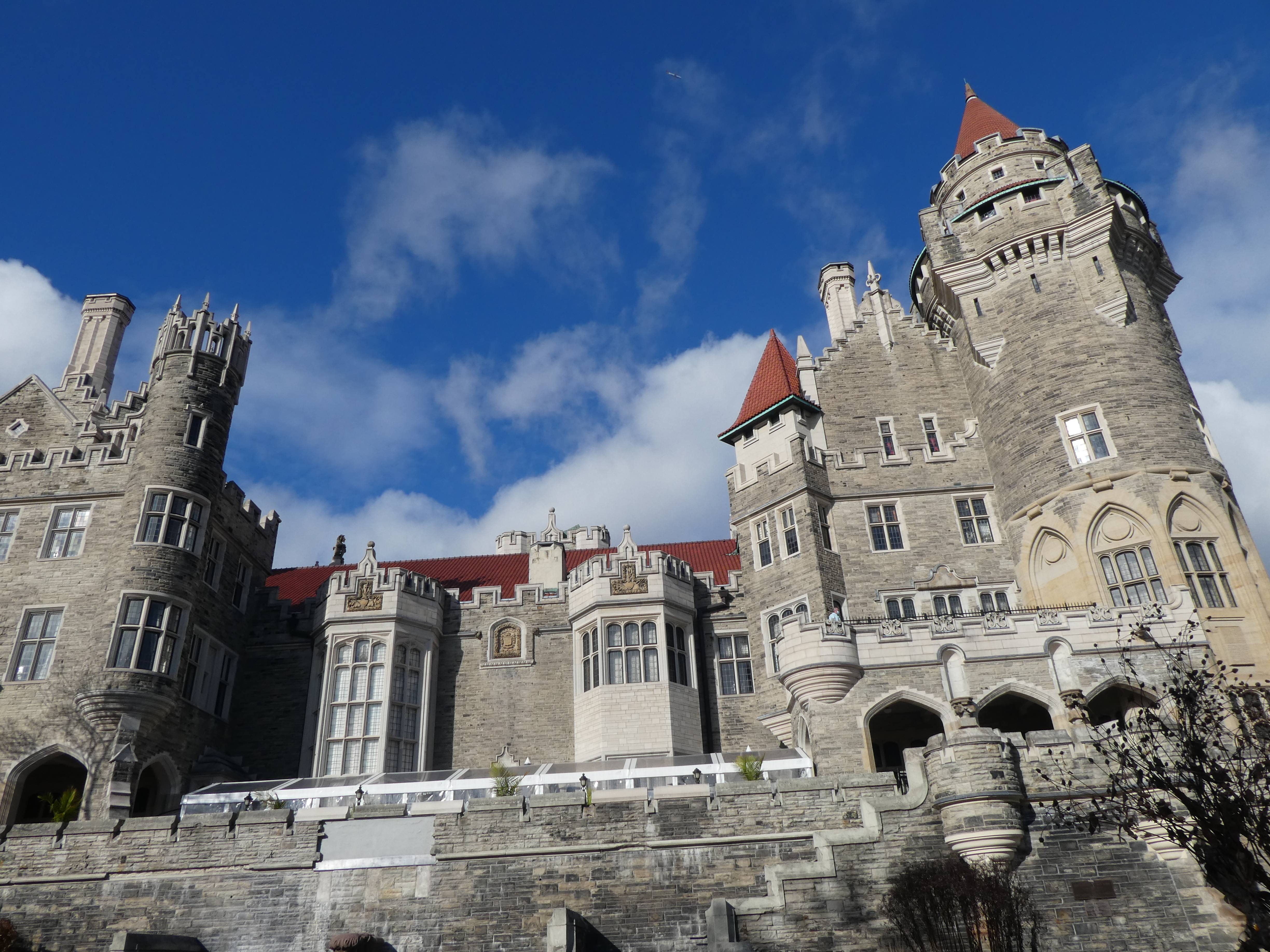 The following day we decided to take the UP train back to the airport since it departs from just across the street from the Royal York. This came to a total of about $25 for all three of us, less than a third of the cost of an Uber and about the same duration if you time it right.

Both times I've been through Pearson Airport since the pandemic began was a test of patience and I highly recommend arriving early and allowing time. They have, in fact, changed recommended check in times to accommodate for the delays. The industry is short staffed in all areas, resulting in long, slow lines forming for security, boarding, customs, pretty much every touch point of the travellers experience.

After an easy afternoon flight back to Vancouver we arrived home and happy, recharged and looking forward to our next family travel adventure.