Posted by Alvin Parker · May 07 · in Quebec City, Quebec · about Adventure 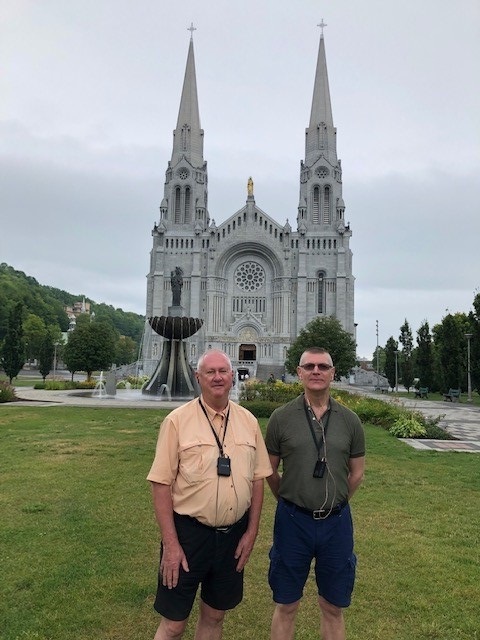 We started with 3 days in Quebec City and thanks to local tour guides, we learned about the history and saw amazing buildings dating way back. I especially liked the old town. You can take a funicular between the upper and lower parts because the city is built on a very steep hill (well cliff actually) as it was a fortress and is the only walled city left in North America.

We took a day trip to the agricultural island of Iles d ’Orleans and the pilgrimage Basilica St Anne De Beaupre and the Montmorency waterfall which are all close together. 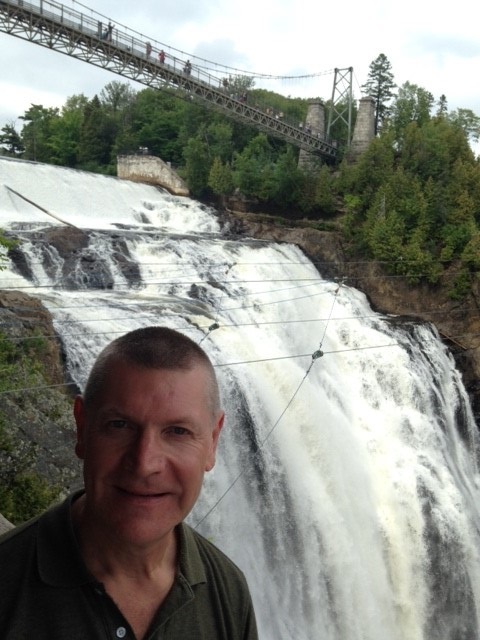 We rented a car and drove east along the north shore of the St Lawrence River through the Charlevoix region and bought delicious cheese and bread along the way.

Quebec is very well set up for travellers and has information centres in every town who helped us find a charming boutique hotel “Le Rustique” in Saint Irenee.We sat out on the Veranda with a view of the St Lawrence for evening wine and cheese and then again for breakfast where I enjoyed a traditional Quebecois breakfast of cretons: a ground pork pate like mixture spread on toast. Delicious! www.Lerustique-charlevoix.ca

We continued eastward and crossed the Saguenay River where it meets the St Lawrence to the charming town of Tadoussac. The river is so wide that you have to take a ferry to cross. From there we continued northward into the Saguenay region with its beautiful fjords, lakes, rivers, and lovely forests. Once we arrived we rented a cabin in the woods with a fire pit. 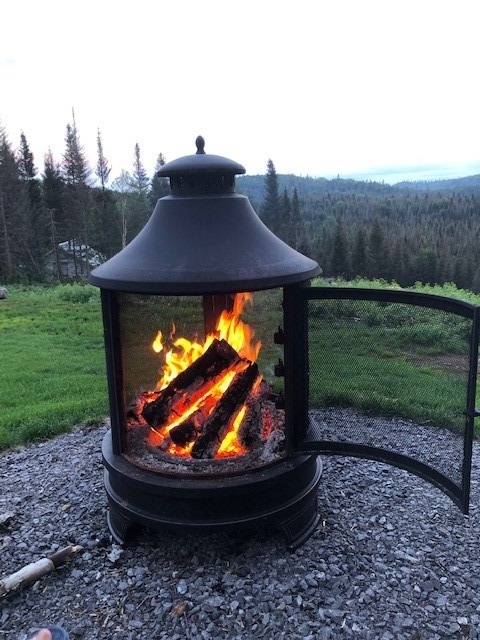 Saguenay River drains the enormous Lac St Jean. This area is a sportsman’s paradise especially for fishing. It is the home of the famous Lac St Jean tourtiere which differs from the probably more well known Montreal version.

The Lac St Jean version includes several kinds of meat including game and also potatoes whereas the Montreal version is made only with ground pork (generally). Every French Canadian all over have their own version and they are all delicious! 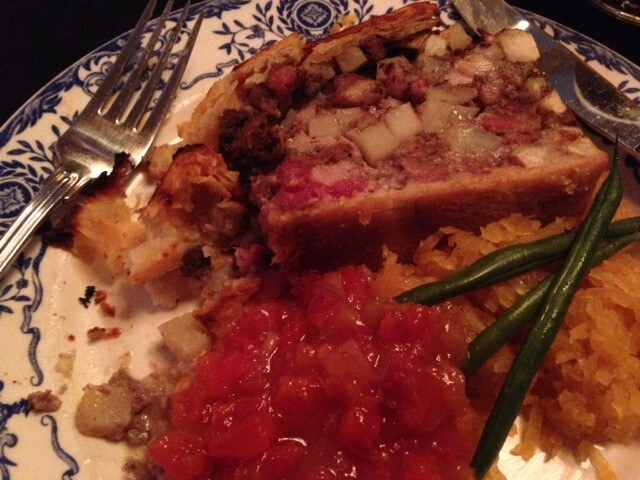 We took the ferry across the very wide St Lawrence to the Gaspe Peninsula to the town of Gaspe, the birthplace of Canada, and stayed in a cozy cabin built in the roof of a barn on a farm and ate fresh food from the farm. 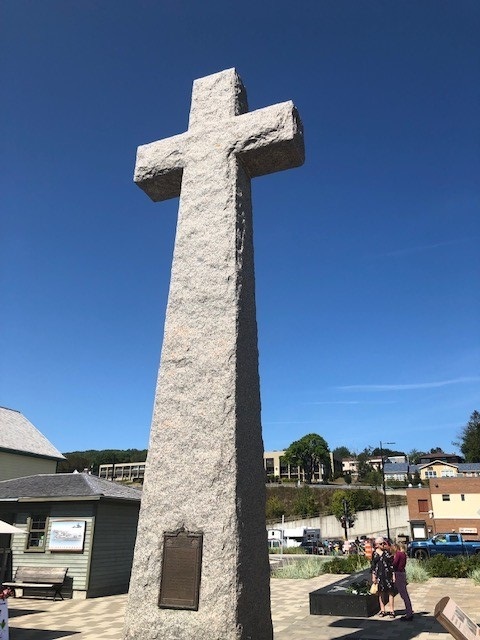 From there we continued down along the bottom of the peninsula and back up to the St. Lawrence at Rimouski and another cabin on the river with a fire pit. 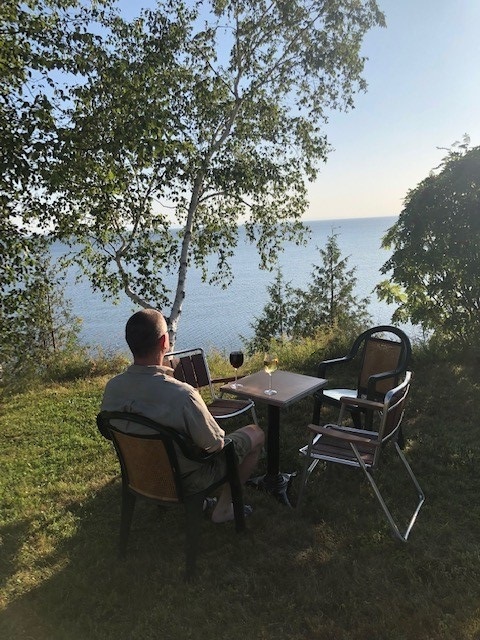 Quebecois are very house proud and everything was neat and tidy. I did not see one blade of grass out of place.

Quebec has encouraged visitors to drive around the peninsula for over 100 years and the routes are well signed with info centres and lodging options everywhere.

Look at the size of this lobster I enjoyed! 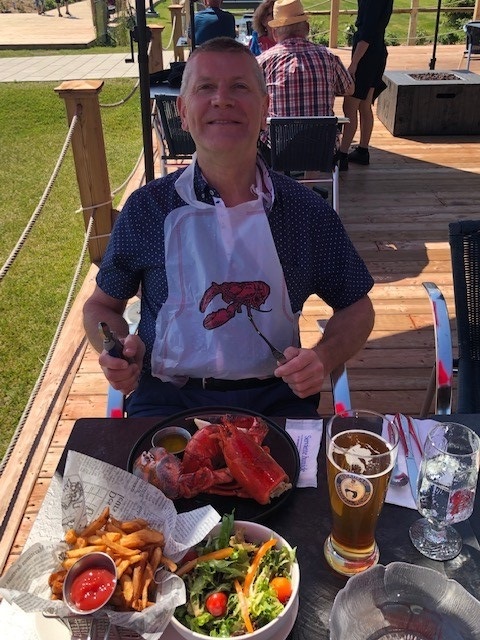 The winters are cold and windy especially on the peninsula and I have never seen so many huge neat stacks of firewood.The local tour guides explained that the cold winters are why Quebec does not produce very good wine. Popular grape varieties simply can not survive the winters. They do however make excellent fruit wines and condiments. Iles d ‘Orleans was great.

We can’t talk about Quebec without mentioning poutine: French fries mixed with fresh cheese curd and covered in gravy. I learned that Quebecois actually prefer their fries soggy and greasy and that my serving was traditional and not the result of the chef having a bad day.

The oldest building in Quebec is the Restaurant Aux Anciens Canadiens located near the Chateau Frontenac in Quebec City. I recommend you have the Lac St Jean tourtiere if you are unable to visit Saguenay/Lac St jean. 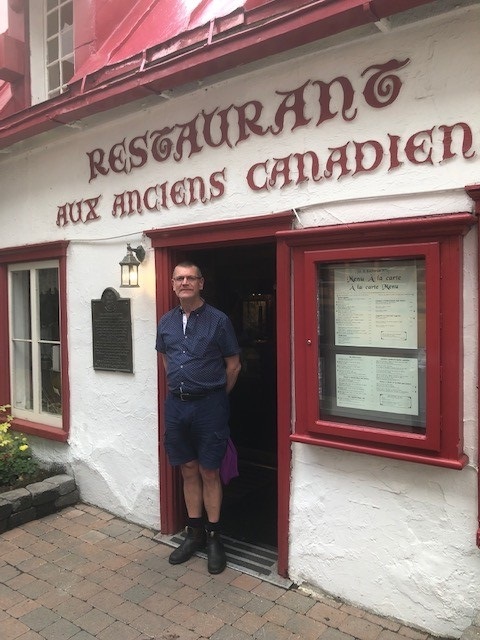 I loved my visit to Quebec. It was beautiful and I learned a ton of Canadian history and everyone was friendly. I heard a quote recently, “So much of who we are is where we have been”. 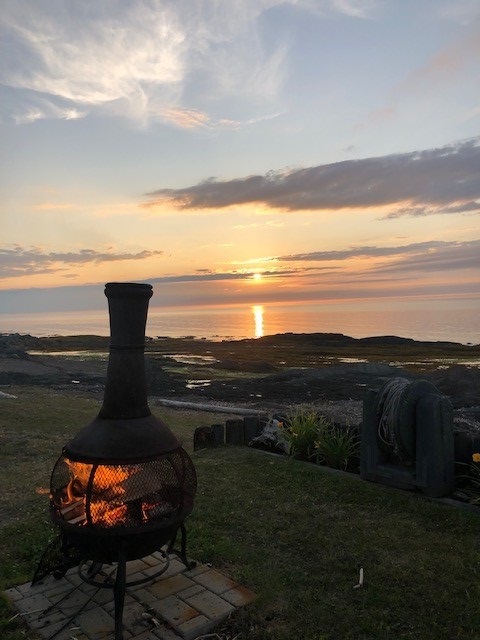