Our time in Botswana by Kai Antle

Hello again. This post is about our time with & Beyond Mobile Expeditions, camping in northern Botswana.

When we left Batonka Guest Lodge in Victoria Falls, we were driven to the Zimbabwe-Botswana border by Wild Horizons and handed over to a new driver from African Odyssey. Then we crossed into Botswana, pausing to disinfect our shoes for foot & mouth disease. We were driven to Kasane airport and picked up by our guide from & Beyond, Benjamin Ndjavera.

Benjamin is a Herero from the town of Maun, Botswana. He was great; very experienced and knowledgeable. Funny. A really nice guy and one of our best guides on this trip. We also travelled here with a quiet German couple, Andreas and Andrea, from near Stuttgart. It was their tenth trip to Africa, but first time camping.

This part of our trip was camping in the African wilderness. We stayed in identical tents at three different campsites. The tents were large, with beds, battery-powered lights, solar-heated showers, and even flush toilets (though those didn’t always work). Each camp had a staff who cleaned, maintained stuff, and cooked. The food was surprisingly decent. Despite all this, we were still camping in the African bush during the dry season. It was very hot, very dirty, very dusty, and very windy.

Before getting to the first campsite we took a boat ride on the Chobe River, west of Kasane, where we saw multiple herds of elephants on the shore and in the water, including three young bulls playing in the river. That was very entertaining, we watched them for quite a while. 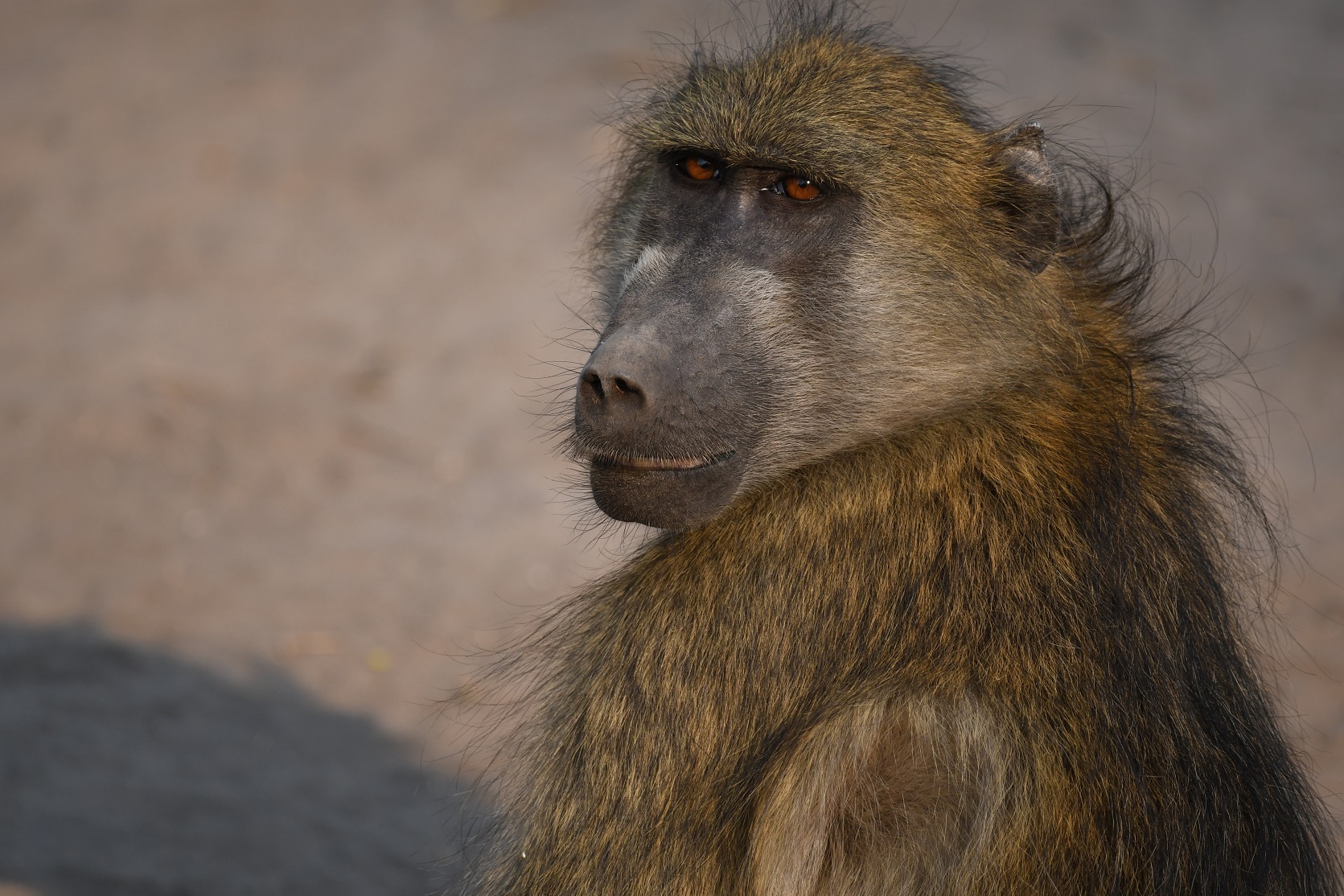 We stayed at each campsite for two days: Serondela and Savuti in Chobe National Park and then in Moremi Game Reserve. Chobe National Park is 11,000 square km in northern Botswana. It’s Botswana’s oldest park, established in 1960, before independence from Britain. Serondela is along the south bank of the Chobe River, the border with Namibia. Dry scrub forest, with bigger, greener trees along the river. The river is very wide and shallow, with lots of meandering channels and grassy islands. Savuti is a marsh in the wet season, now bone dry and very sandy, dusty and windy.

Moremi is 5000 square km on the eastern edge of the famous inland Okavango Delta. It was established in 1966 by Chief Moremi of the local baTawana people. We camped along the Khwai River, west of the village of the same name. There was more water here, and lots of variation in vegetation. My parents thought it was the prettiest place we had stayed.

This part of the trip had a simple formula. One day we got up at dawn, game drove until late morning, had lunch and a siesta, did another game drive until dusk, then had dinner and went to bed. The next we got up at dawn, did a short game drive, then a long drive to the next camp site (those were tough: long, hot, dry, dusty, and extremely bumpy), collapsed, dinner, bed.

The point of the camping was to be in the African bush 24/7, so we could go on game drives early in the mornings and in the evenings, when the animals are most active, and it certainly paid off. Here's some of the amazing things we saw on our game drives while we were camping: multiple packs of rare African wild dogs, a bunch of lions (including more cubs), impala bucks fighting, giraffes at sunset crocodiles, a troop of 100 Chacma baboons, 1000-year old indigenous rock art, a lot of elephant bones, more hippos, and, after wanting to see them for the entire trip, not one but two of the elusive leopards, which were very cool. Interestingly, at Serondela we also saw some electric safari vehicles from Chobe Game Lodge – all driven by local women. 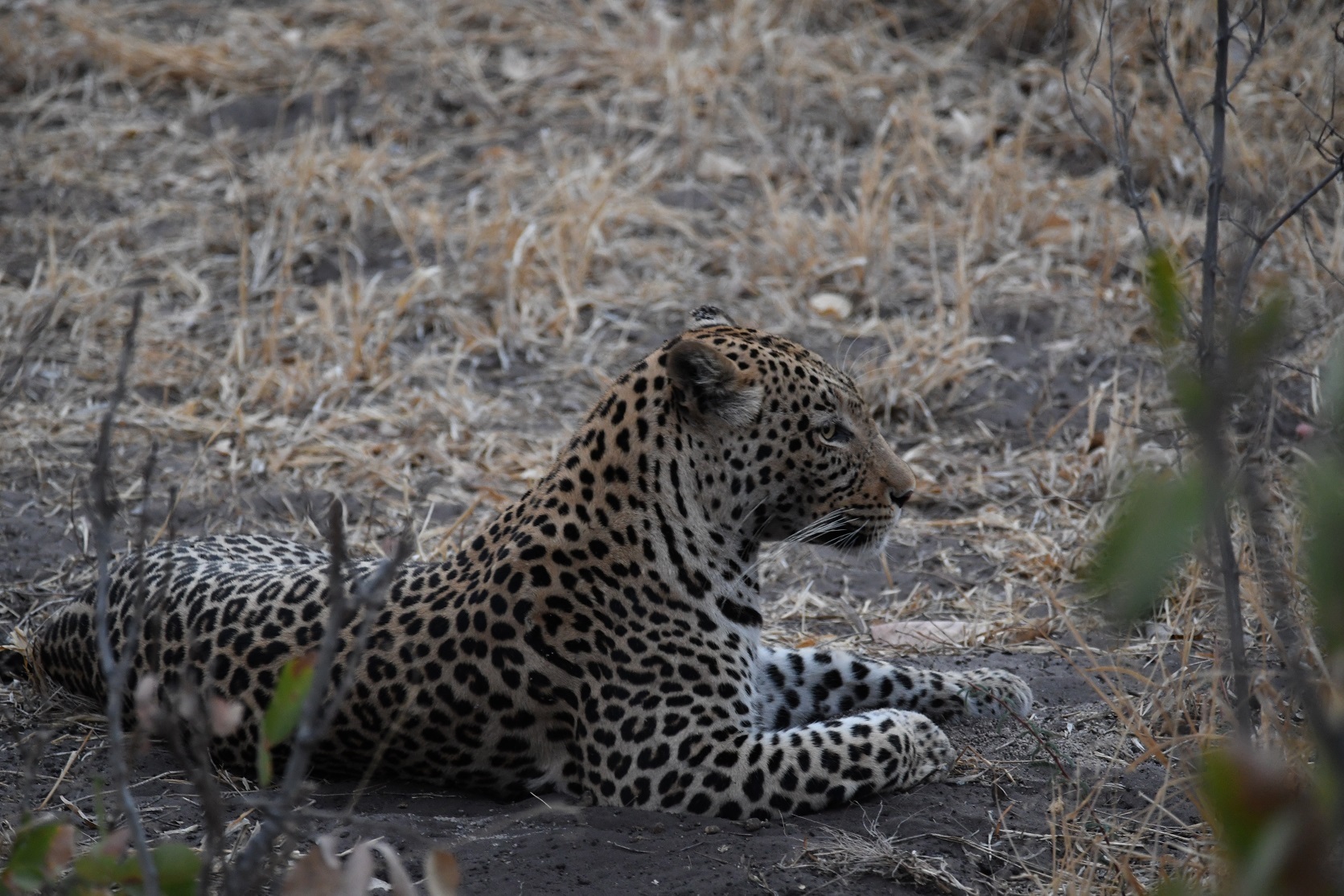 The Most Exotic Lodgings in Botswana