Our Stay at Tarangire Treetopss by Kai Antle

Welcome back! This post is about our stay at Tarangire Treetops, near Tarangire National Park, Tanzania.

We were still with Harry Richards of African Horizons for this part of the trip. He drove us from Acacia Farm Lodge, through Karatu, back past Lake Manyara, through Makuyuni to Tarangire. On the way we stopped at a huge tourist souvenir supermarket, which actually had some pretty cool stuff at reasonable prices. I bought a beaded bracelet typical of the area. The drive took about three hours all in; we were at Tarangire for lunch.

At Tarangire Treetops the accommodation is 20 tree houses built around huge baobab trees, about 20 feet in the air. The main building, with the restaurant and reception, is built around a 1000-year-old baobab inhabited by bats, which come out at night and eat mosquitos. It’s pretty dang cool. The lodge is not fenced, so at night you have to close the trapdoor at the top of your stairs, and, like Mara Bushtops, you have to be escorted around after dark. The food was good. Twice we had Maasai dancers at dinner. We had an excellent “host” looking after us, the very friendly Mbazi Mchomvu, a Pare from near Mount Kilimanjaro. He had fun teaching my dad and aunt more Swahili, correcting their Kenyan accents (which they took as a compliment that they were good enough at speaking Swahili to have Kenyan accents). The lodge is very involved with the Maasai around conservation, medical care and schools.

Tarangire Treetops is in the 77,000-acre Randilen Community Wildlife Management Area, owned by the local Maasai. That’s on the northern edge of Tarangire National Park. 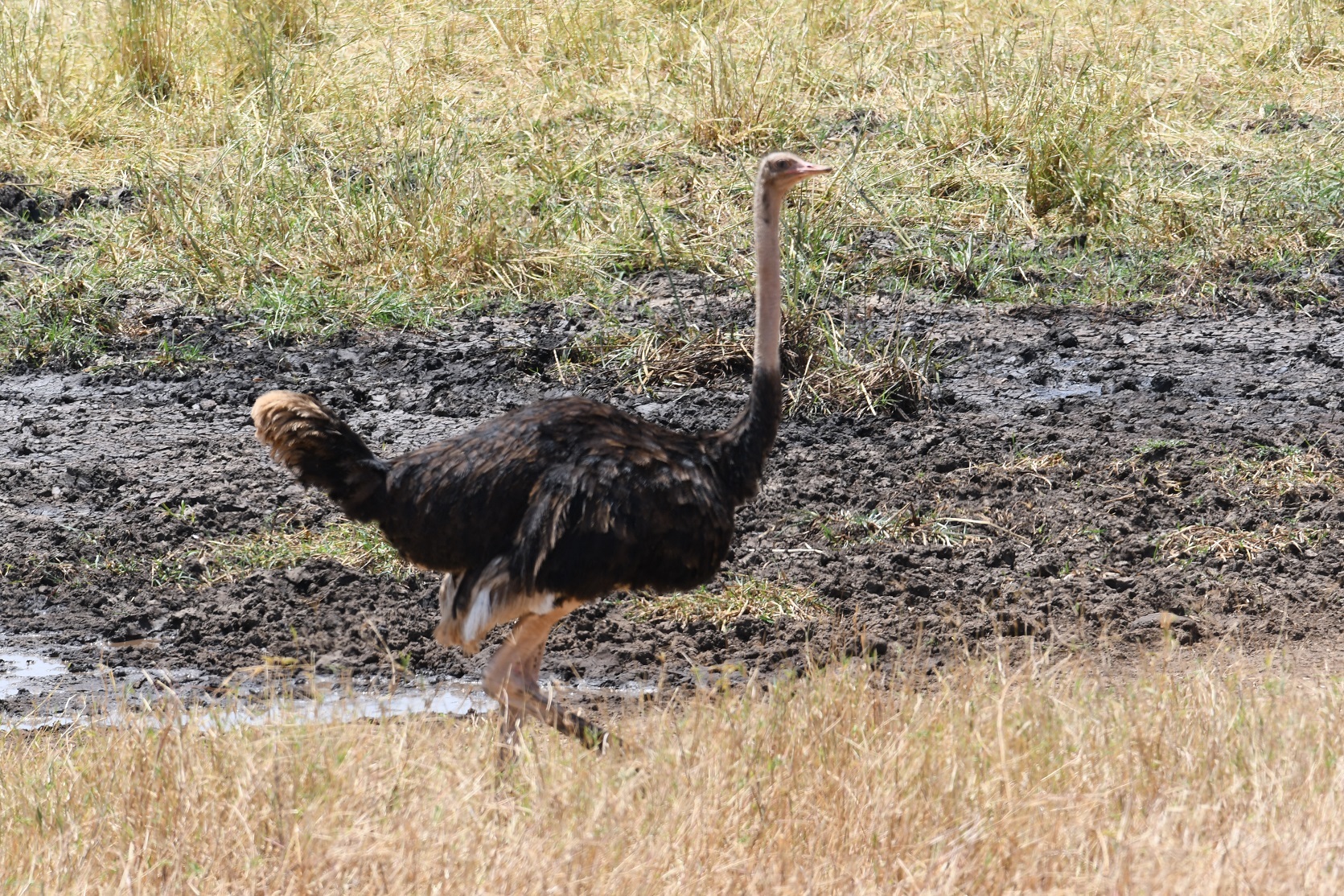 One more cool thing about this place is that there’s an artificial water hole in front of the main building where the restaurant and swimming pool are, so you can watch animals gathering around it from there. Over the course of our stay, we saw zebras, various antelopes, elephants, and baboons. The first day that we got there, the elephants had dug up the water pipe (which they’ve apparently done before), so there was no water and all the animals were still gathered around wondering where it was. Eventually some antelope (I forget which kind) walked up and started drinking out of the pool.

One day, Harry took us on an all-day game drive around the Park. We visited Silale Swamp and Tarangire River and saw a huge number of animals. We calculated we saw around 400 elephants and thousands of zebras. We had lunch at a picnic spot with a male lion sleeping under a nearby tree.

We also took a couple night game drives in the CWMA with Standford Shao and Elimwozki Mamuya, and Maasai game spotter Magiza Sinay. In one, we stopped on a big wide open plain where we could watch the sunset and moon rise simultaneously. In another, we got to see whole bunch of animals, including getting closer to buffalo than we’d ever been before.

And we did an early morning game walk with Elimwozki and Sinay, in an area Eli called the Little Serengeti; very flat and open. We couldn’t get too close to any animals, because they’re more scared of people walking around on two legs than cars, which they think are four-legged animals. But we saw lots in the near distance, and lots of tracks and dung.

Next up, we take a break from safaris and the bush, and instead head to the island of Zanzibar in the Indian Ocean. 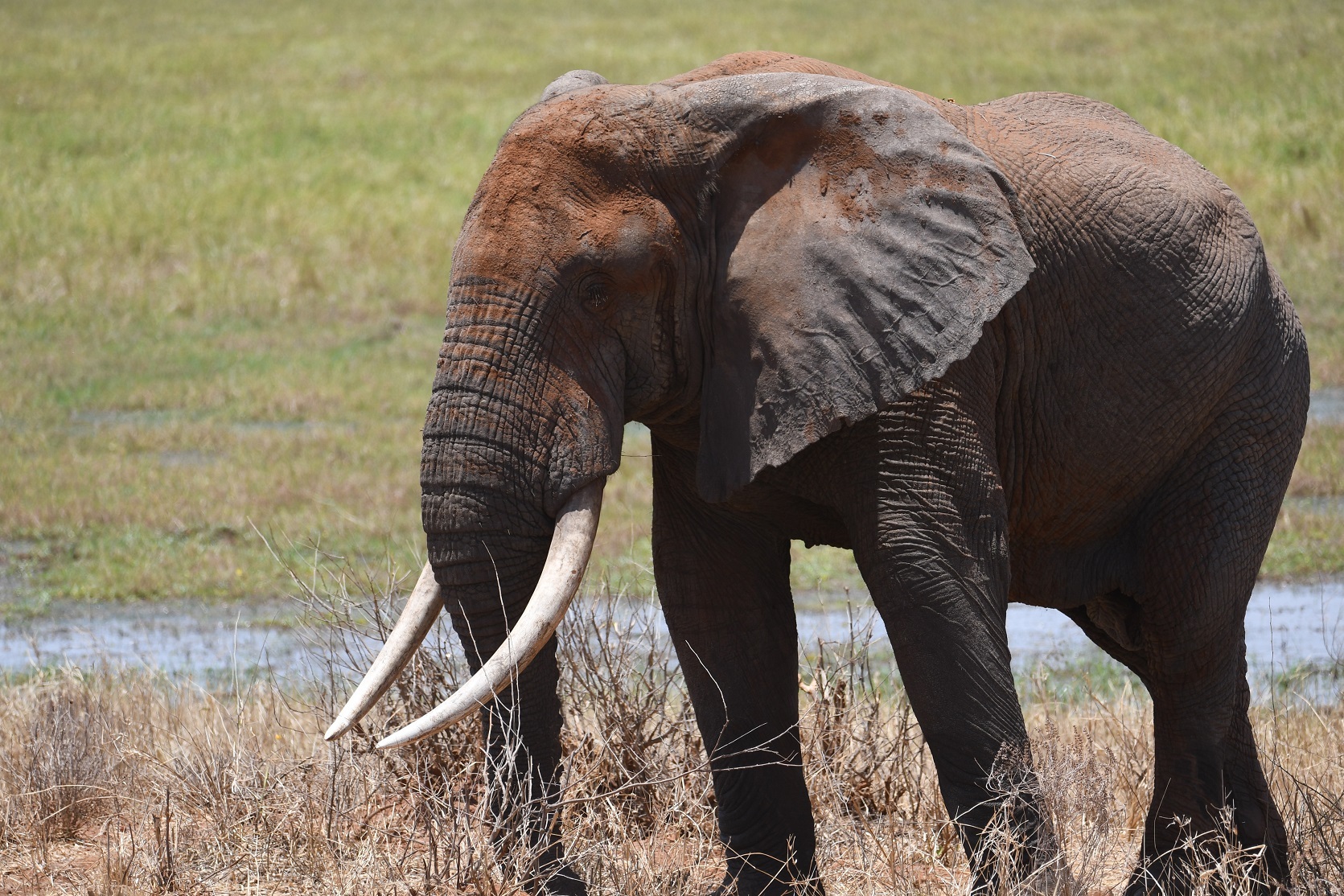