Experiences in Zanzibar by Kai Antle

Zanzibar is a city on the island of Unguja, one of the Zanzibar Archipelago, about 40 km off the east coast of Tanzania, in the Indian Ocean. People have been living here since the Middle Stone Age, and trading from here around the Indian Ocean since Greek and Roman times. In the Middle Ages, the Arabs began building what is now Stone Town (a World Heritage site) as a centre for their trade in African gold, ivory and slaves for Indian spices and Chinese silk and porcelain. Zanzibar is the last place on Earth where slavery was legal, until about 1875. It is the centre of the Swahili people and language. About 1 million people live in and around the city, but Stone Town itself is very small.

The Zanzibar portion of our trip began with us driving from Tarangire to Arusha. Getting through the airport was chaotic, but eventually we managed to get on a flight to Zanzibar, where we got picked up by Island Express and taken to our hotel.

We stayed at the Zanzibar Serena Inn, in Stone Town. This is a boutique hotel in a small Arabic looking building, in an amazing location, right on the Indian Ocean beach. We had three rooms next to each other, with a shared balcony overlooking the ocean, with dhows sailing past and. However, the food and service at the hotel were a bit spotty. My aunt again had trouble finding food she could eat, making her gluten and dairy allergies understood. There were a lot of European tourists staying, and many of them smoked. There was live taarab music one evening, which my Dad really enjoyed. 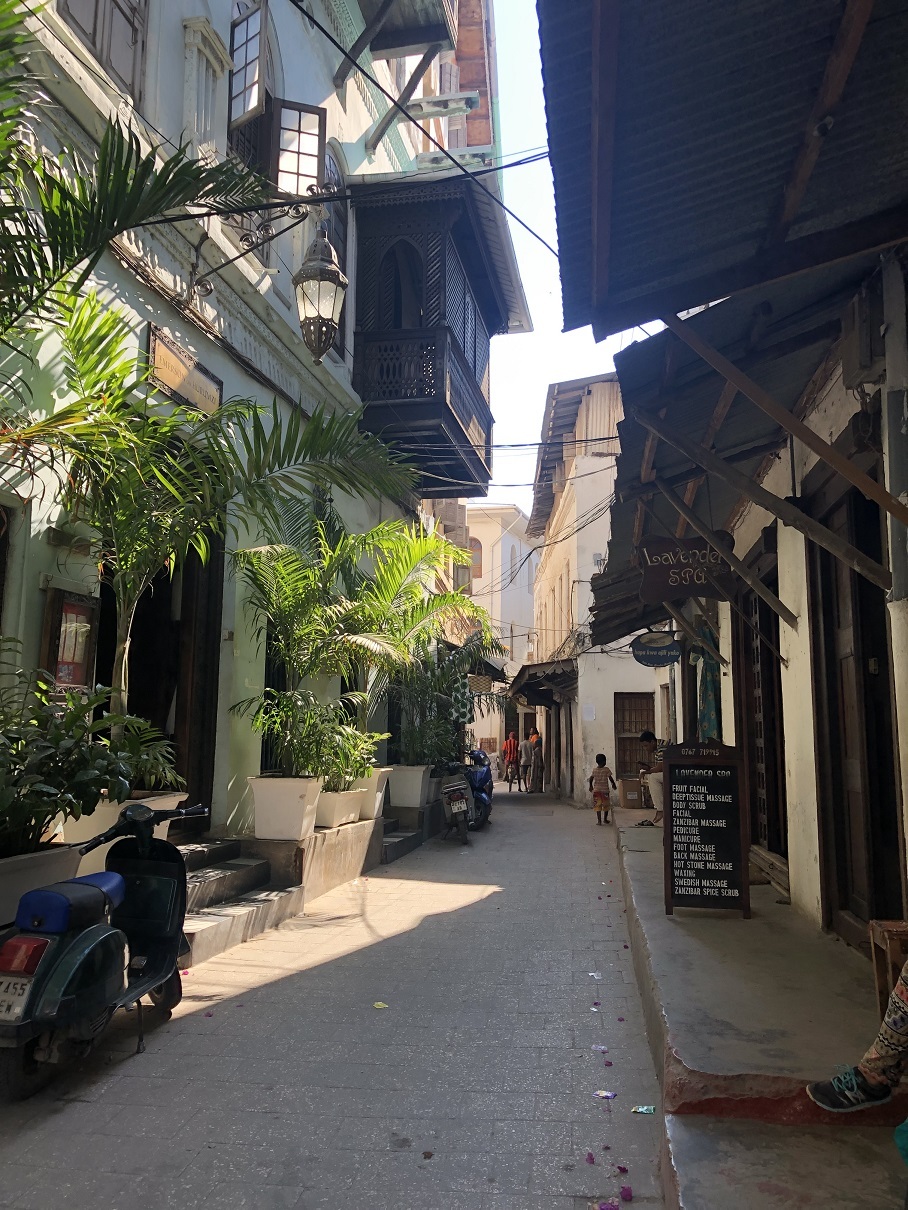 We took a tour of Stone Town one day, which was neat. It was a place with a lot of winding, narrow streets and old buildings, that was easy to get lost in. We saw neat historical sites like a church and a museum about the history of slavery built over the old slave pits and the old Sultan of Zanzibar’s palace. We also briefly visited a market. I noticed there were a whole lot of cats in the streets for some reason.

We also visited a spice farm where we got to see many various plants that they were growing and taste some fresh fruit.

Another day we took a boat out to a place called Prison Island, which is an island with a big quarantine complex on it that’s now been converted into a hotel. It’s also home to a sanctuary for tortoises, which we got to walk through. We got to hang out with the tortoises, and feed and touch them. It was cool, they’re such weird looking animals, they’re huge (except for the babies that we got to see) and they look and feel exactly like they’re made of stone. The oldest one there, who I got to feed, was 194 years old. On the way back, we stopped to snorkel.

One of the nights we went to the hotel Emerson on Hurumzi for a traditional Swahili dinner on the roof, from where we could see out across the city, accompanied by taarab music. That was kind of neat, although my parents were a lot more into the music, but I thought the setting was cool.

Next up, we move to southern Africa, specifically Victoria Falls, Zimbabwe. 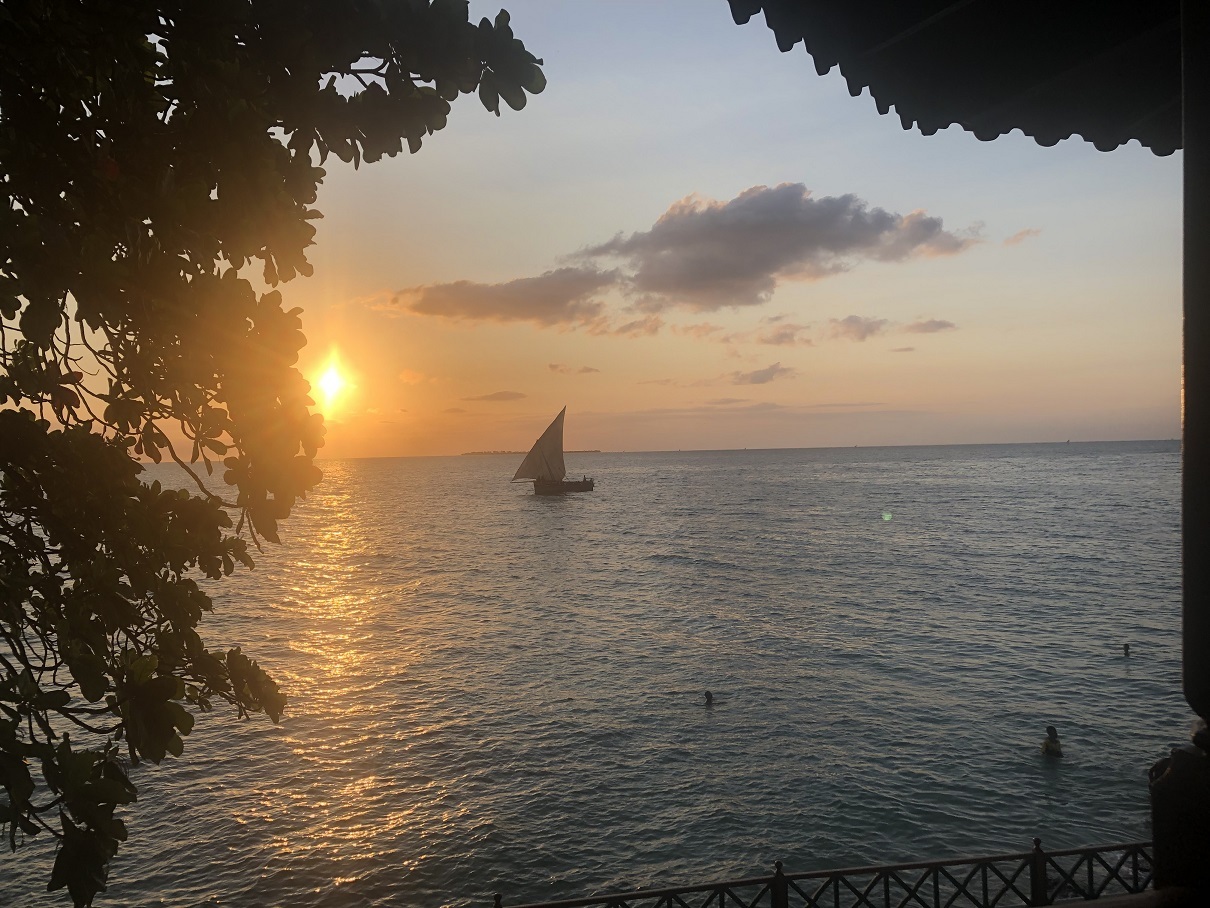